The Serie B clash at Stadio Piercesare Tombolato on Tuesday sees home side Cittadella taking on opponents Entella.

For all of our match predictions, pre-game poll and statistics for Cittadella v Entella, scroll down - plus the latest betting odds.

Cittadella, who won their previous game, will hope for a similar result following a 1-3 Serie B triumph versus Lecce.

It has been seldom in recent times that Cittadella have shown defensive steel. It will be a concern for them that Granata have been scored against in 5 of their previous 6 games, giving up 5 goals in the process. Let’s find out whether or not that trend will be sustained into this next match.

Ahead of this clash, Cittadella haven't been defeated in their previous 4 league matches at home.

After a losing effort in their last game against Vicenza in Serie B action, Entella will be hoping to turn things around here.

In that game, Entella had 58% possession and 15 attempts at goal with 2 on target. The only player on the scoresheet for Entella was Rodríguez (75'). Vicenza had 15 shots at goal with 3 of them on target. Nahuel Valentini (16') and Daniel Cappelletti (79') scored for Vicenza.

The forward players for Entella have made hard work of scoring goals over their last 6 games, recording the disappointing return of only 3. In those fixtures, Entella have also seen the overall goal tally against them equal 11.

Leading up to this clash, Entella:

A glance at their most recent head to head meetings dating back to 18/05/2017 tells us that Cittadella have won 2 of these games and Entella 4, with the tally of drawn matches being 0.

A combined sum of 17 goals were produced between them in this period, with 6 from Granata and 11 coming from Entella. This gives an average number of goals per game equal to 2.83.

That day, Entella managed 36% possession and 2 attempts on goal with 1 on target. Their only player to score was Matteo Mancosu (40').

At the other end, Cittadella got 13 shots on goal with 2 on target.

Regarding absentees, there’s just a single fitness concern for the Cittadella manager Roberto Venturato to be concerned with from a near full-strength group of players. Tommaso Cassandro (Unknown Injury) will miss out.

Entella manager Vincenzo Vivarini has a number of players out of action. Alessandro Capello (Hip Injury), Marco Chiosa (Knock) and Giuseppe De Luca (Adductor problems) will miss out on this game.

We’ve got the feeling that Cittadella certainly have the ability to score more than once when they play Entella, who could well find it tough finding the net themselves.

We’re predicting a controlled 2-0 winning score for Cittadella at the end of the 90 minutes. 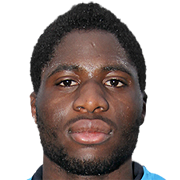 Normally playing in the Striker position, Roberto Ogunseye was born in Mantova, Italy. Having played his first senior match for Cittadella in the 2020 - 2021 season, the accomplished Forward has contributed 5 league goals in the Serie B 2020 - 2021 season so far coming from a total of 32 appearances.

We have made these Cittadella v Entella predictions for this match preview with the best intentions, but no profits are guaranteed. Please always gamble responsibly, only with money that you can afford to lose. Best of luck with your selections.