Crotone will be the visitors at Stadio Luigi Ferraris on Sunday for the Serie A game with home team Genoa.

Our full set of predictions, statistics and match poll for Genoa v Crotone can be seen below - plus the latest match odds.

Genoa will be looking for another win after the 3-0 Serie A victory over Hellas Verona.

Three or more goals per match have been seen in 6 of the past 6 meetings where Genoa have participated. Their opponents scored 13 of them in this period whereas Il Grifone / Rossoblu managed to get a total of 7.

After being beaten in their last game against Trapani in Serie B competition, Crotone will be aiming to make amends here.

Giovanni Stroppa's Crotone have found the back of the net a total of 11 times in the course of their most recent sextet of matches. The overall goals that they have conceded during those same clashes equals 5.

An examination of their past head to head meetings stretching back to 25/03/2007 reveals that these encounters have been disappointments for Crotone. They have not been able to get any victories at all whereas Genoa have been too good for them, finishing as winners in 83% of those match-ups.

A combined total of 14 goals were scored between the two sides in these games, with 11 of them for Il Grifone / Rossoblu and 3 netted by Crotone. The average number of goals per game works out to 2.33.

That time, Genoa managed 45% possession and 17 attempts at goal with 5 of them on target. The scorer was Daniel Bessa (28').

Crotone had 8 attempts on goal with 0 on target.

Genoa boss Rolando Maran will be happy not to have any fitness worries whatsoever ahead of this match thanks to a fully injury-free group to pick from.

Due to a completely healthy squad available to choose from, Crotone boss Giovanni Stroppa does not have any fitness concerns at all before this clash.

When taking all factors into account, Crotone are dangerous enough to score against this Genoa lineup, although that probably won’t prevent them from conceding a couple at the other end.

We can see a tight encounter finishing with a 2-1 winning margin for Genoa after the 90. Should be an interesting one.

Both Teams to Score Prediction for Genoa vs Crotone
Yes 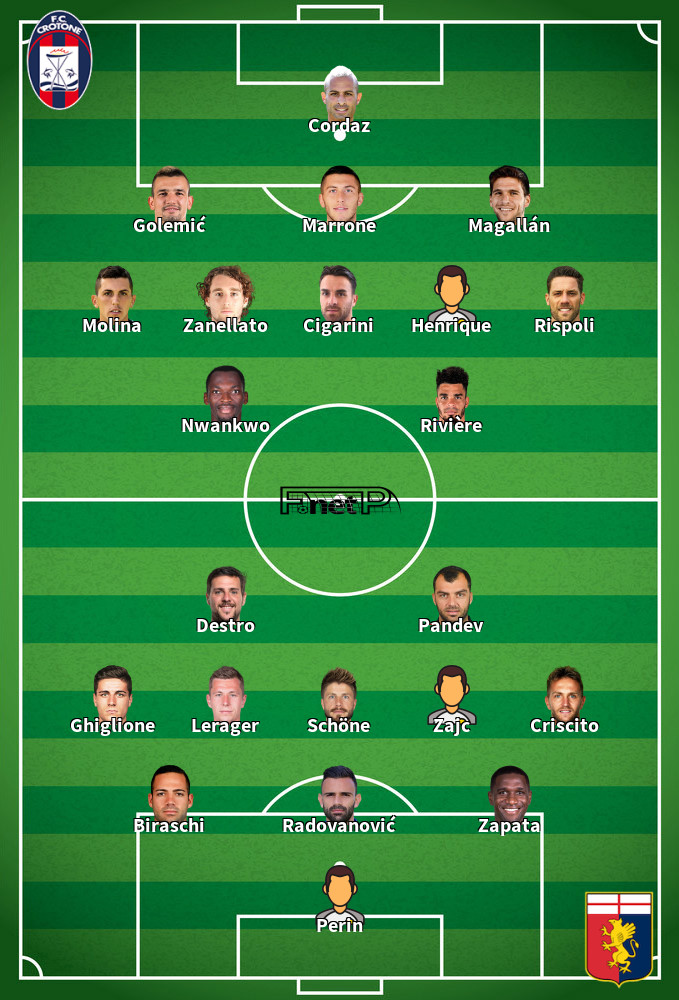 We have made these Genoa v Crotone predictions for this match preview with the best intentions, but no profits are guaranteed. Please always gamble responsibly, only with money that you can afford to lose.