Crotone make the trip to Stadio Ennio Tardini on Saturday for the Serie B clash with hosts Parma.

Our Parma v Crotone predictions, statistics and match poll can be seen below (including the best match odds).

Parma are hoping to win again following a 0-2 Serie B triumph vs Alessandria.

Their most recent results reveal that there has been much resilience in the Parma rearguard. Parma have been mean at the back, resulting in the total number of goals that have gone past their goalkeeper during their last 6 games standing at 4.

Crotone will come into the match following a 4-1 Serie B win over Pordenone in their previous match.

The stats don’t lie, and Crotone have been scored against in 6 of their last 6 games, conceding 12 goals in all. Defensively, Crotone have been far from perfect. Nonetheless, time will tell whether such a trend will continue on in this match or not.

With a fully injury-free group to pick from, the Crotone manager Francesco Modesto has zero fitness concerns to speak of before this game.

We’ve got the feeling that Crotone will manage to score against this Parma team, although it may not be as many as they will have scored against them.

We’re tipping a very close game with a 2-1 win for Parma by the time that the referee blows the final whistle. Hopefully this is a good one. 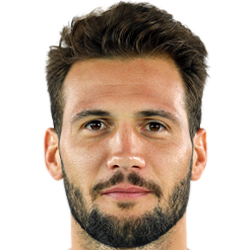 Mostly taking to the field in the Central Attacking Midfielder position, Franco Vázquez was born in Tanti, Argentina. Having played his first senior match for Belgrano in the 2011 - 2012 season, the goalscoring Midfielder has got 5 league goals in this Serie B 2021 - 2022 campaign to date from a total of 16 appearances.

We have made these Parma v Crotone predictions for this match preview with the best intentions, but no profits are guaranteed. Please always gamble responsibly, only with money that you can afford to lose. Good luck with your selections.