Crusaders will arrive at Inver Park on Saturday for the Premiership clash with hosts Larne.

Our predictions, user poll and statistics for Larne v Crusaders can be found here (inc. the best betting odds).

Larne are hoping to win again after their last result, the 0-1 Premiership triumph against Glentoran.

The only name on the scoresheet from Larne was Lee Bonis (63').

Their latest results reveal that huge efforts have been put in by the Larne backline. Larne have kept it tight, with the tally of goals that have gone in at their end during their past six games standing at 2.

Crusaders go into this game after a 3-1 Premiership win vs Newry City in their previous outing.

A look at their past head to head meetings dating back to 18/09/2021 shows that Larne have won 3 of them and Crusaders 2, with the tally of drawn games being 1.

A combined sum of 15 goals were shared by the two clubs throughout the course of those matches, with 9 of them from Larne and 6 for The Hatchetmen. The average goals per game has been 2.5.

The previous league clash between these clubs was Premiership match day 14 on 04/11/2022 and the score finished Larne 4-1 Crusaders.

The Larne boss Tiernan Lynch will be thankful to have no fitness concerns whatsoever ahead of this clash owing to a fully injury-free group available for selection.

In an otherwise healthy squad, there’s only the sole fitness worry for the Crusaders gaffer Stephen Baxter to contend with. Ben Kennedy (Knee Injury) misses out for this game.

We’re thinking that Larne are likely to convert a lot of goal-scoring opportunities.

At the other end, Crusaders may well struggle to score a goal of their own although we do think it’s probable that they will be hitting back at some stage here, too.

We can therefore see a pretty comfortable 3-1 victory for Larne at the conclusion of the game. 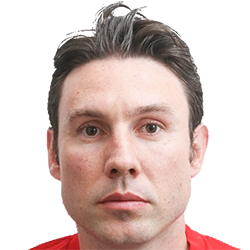 Customarily deployed in the Left Wing position, Paul O'Neill was born in N. Ireland. Having made his senior debut playing for Glentoran in the 2016 - 2017 season, the dangerous Forward has got 10 league goals in the Premiership 2022 - 2023 season to date coming from a total of 22 appearances.

We have made these Larne v Crusaders predictions for this match preview with the best intentions, but no profits are guaranteed. Please always gamble responsibly, only with money that you can afford to lose. Good luck!