Helmond Sport will be facing away team De Graafschap at GS Staalwerken Stadion in this Eerste Divisie meeting on Friday.

View all of the Helmond Sport v De Graafschap predictions, poll and stats below (plus the best game odds).

Helmond Sport will want to continue from where they left off last time out with a 0-1 Eerste Divisie triumph over Roda JC Kerkrade.

The only scorer from Helmond Sport was Martijn Kaars (56').

It has not been often in recent games where Helmond Sport have managed to hold out for a full 90 minutes. The facts show that Helmond Sport have been scored against in 5 of their previous 6 games, shipping 17 goals in the process. That kind of trend might not follow through here, of course.

De Graafschap will go into this game following on from a 3-2 Eerste Divisie win with the eclipse of Jong PSV in their last game.

A review of their prior head-to-head clashes dating back to 23/02/2018 shows us that Helmond Sport have won 1 of them and De Graafschap 4, with the number of drawn games being 1.

In all, 12 goals were yielded between them in these games, with 3 of them from Helmond and 9 being from Superboeren. That’s an average goals per game of 2.

The previous league match between these clubs was Eerste Divisie match day 36 on 22/04/2022 which finished with the scoreline of Helmond Sport 0-4 De Graafschap.

In that game, Helmond Sport managed 50% possession and 7 shots on goal with 3 on target.

The Helmond Sport manager Tim Bakens has zero fitness concerns whatsoever coming into this match thanks to a completely healthy group to choose from.

Thanks to a completely injury-free group available to choose from, the De Graafschap boss Adrie Poldervaart does not have any fitness concerns to speak of ahead of this match.

Here, we’re thinking that Helmond Sport could find themselves struggling to get anything against this De Graafschap side who we think will likely get a goal themselves and run out victorious.

We’re therefore anticipating a highly competitive game with a 0-1 winning margin for De Graafschap at the conclusion of the game. 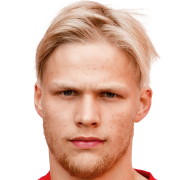 Mostly used in the Central Attacking Midfielder position, Håkon Lorentzen was born in Norway. After having played his first senior match for SK Brann in the 2013 season, the talented Midfielder has hit 2 league goals in the Eerste Divisie 2022 - 2023 campaign so far from a total of 13 appearances.

While we have made these predictions for Helmond Sport v De Graafschap for this match preview with the best of intentions, no profits are guaranteed. Always gamble responsibly, and with what you can afford to lose. Good luck if you do place a bet today.