Hajduk Split take on the visiting Dinamo Zagreb at Stadion Poljud in the Prva Liga game on Wednesday.

Our tips, poll and stats for Hajduk Split v Dinamo Zagreb can all be found here (plus the best game odds).

Hajduk Split, buoyed by their previous result, will be hoping for more of the same after the 3-2 Prva Liga victory vs Rijeka.

It’s been all too rare in recent games that Hajduk Split have managed to hold out for a full 90 minutes. The facts show that Bili have failed to prevent opponents from scoring in 5 of their previous 6 matches, giving up 8 goals on the way. Such a pattern might not follow through into this match, of course.

Coming into this clash, Hajduk Split are winless against Dinamo Zagreb in their last 3 matches in the league.

Dinamo Zagreb will go into the match after a 0-2 Prva Liga win with the downing of Slaven Belupo in their previous fixture.

For 5 of the prior six games involving Dinamo Zagreb, a relatively low number of goals have been hit between them and opposing sides. The overall average goals scored per game in that spell is a meagre 2, with the average goals for Plavi standing at 1.5.

Checking on their past head to head clashes going back to 22/11/2019 shows us that Hajduk Split have won 1 of them & Dinamo Zagreb 4, with the tally of drawn results standing at 1.

A total of 18 goals were scored between the two sides during those clashes, with 6 for Bili and 12 belonging to Plavi. That’s an average goals per game of 3.

The last league game between these clubs was Prva Liga match day 31 on 25/04/2021 when it finished Dinamo Zagreb 2-0 Hajduk Split.

That day, Dinamo Zagreb managed 56% possession and 4 attempts on goal with 2 on target. The goals were scored by Bruno Petković (21') and Lirim Kastrati (35').

On the other side, Hajduk Split got 10 attempts on goal with 3 on target.

Hajduk Split manager Paolo Tramezzani will be grateful to have no fitness concerns to speak of ahead of this game owing to a fully healthy squad available for selection.

In an otherwise full-strength squad, there’s only the one fitness problem for the Dinamo Zagreb boss Damir Krznar to be concerned about. Mario Gavranovic (Muscle Injury) won’t be playing here.

In our view, Hajduk Split may not find it easy to breach the defence of this Dinamo Zagreb outfit who we reckon will end up scoring and possibly keep a clean sheet as well.

Our tip is therefore for a very competitive encounter with a 0-1 win for Dinamo Zagreb after 90 minutes. 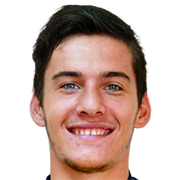 Mostly taking to the field in the Striker position, Umut Nayir was born in Kocasinan, Turkey. Having made his senior debut playing for Ankaraspor in the 2015 - 2016 season, the skilful Forward has bagged 6 league goals in the Prva Liga 2020 - 2021 season to date in a total of 21 appearances.

We have made these Hajduk Split v Dinamo Zagreb predictions for this match preview with the best intentions, but no profits are guaranteed. Please always gamble responsibly, only with money that you can afford to lose.