All Inter Zaprešic v Dinamo Zagreb match predictions, user poll and stats are shown below - plus the latest betting odds.

Inter Zaprešic won’t want a repeat of their last result here following a 1-0 Prva Liga losing effort in their last game against Varaždin.

Inter Zaprešic have struggled with their forward play in more recent games. Their ‘goals for’ figure stands at just 1 vs opposition teams during the course of their previous 6 matches. In those meetings, Keramičari have also seen the tally of goals that have gone against them come to 11. Such a trend isn’t assured to follow through here, of course.

Their prior results show that Inter Zaprešic:

A run of accomplished performances from the Dinamo Zagreb defensive players has resulted in their ‘goals against’ tally amounting to 4 from their last 6 clashes in total. During the same period of time, the number of goals that they have scored themselves is 8.

Delving into their past head to head results going back to 09/12/2018 reveals that these encounters have ended in disappointment for Inter Zaprešic. They’ve not been able to get any victories at all whereas Dinamo Zagreb have managed to find a way, running out winners in 100 per cent of those matches played.

In all, 17 goals were scored between them in this period, with 5 of them from Keramičari and 12 belonging to Plavi. That’s an average goals per game figure of 2.83.

The last league fixture between these clubs was Prva Liga match day 23 on 23/02/2020 which ended up with the score at Dinamo Zagreb 3-2 Inter Zaprešic.

The referee was Marin Vidulin.

Inter Zaprešic manager Tomislav Ivković has zero fitness concerns to speak of before this match thanks to a fully injury-free squad available for selection.

Due to a mostly healthy group of players, there’s only the sole fitness worry for the Dinamo Zagreb boss Igor Jovićević to be concerned with. Dino Peric (Ruptured cruciate ligament) won’t be in action.

We feel that in this game, Inter Zaprešic have the firepower to score a goal against this Dinamo Zagreb lineup, however a single goal may not quite be enough to give them the result that they want.

We’ve gone for a tight encounter finishing with a 1-2 victory for Dinamo Zagreb at the end of the match.

It should be a decent one. 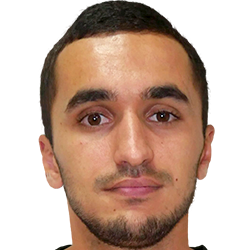 Typically deployed in the Left Attacking Midfielder position, Serder Serderov was born in Makhachkala, Russia. After making a first senior appearance for Anzhi Makhachkala in the 2012 - 2013 season, the accomplished Midfielder has got 9 league goals in this Prva Liga 2019 - 2020 campaign so far coming from a total of 22 appearances.

While we have made these predictions for Inter Zaprešic v Dinamo Zagreb for this match preview with the best of intentions, no profits are guaranteed. Always gamble responsibly, and with what you can afford to lose.