Djurgårdens IF take on visiting side Varbergs BoIS at Tele2 Arena in the Allsvenskan clash on Sunday.

View all Djurgårdens IF v Varbergs BoIS tips, stats and our pre-match poll below - as well as up-to-date odds.

Djurgårdens IF head into this fixture following a 1-1 Allsvenskan drawn game against IFK Norrköping.

Kim Bergstrand's Djurgårdens IF have seen rewards for their attempts on goal a sum total of 6 times over their prior half-dozen outings. Conversely, the tally of goals that have been scored against them in those games amounts to 9.

Heading into this contest, Djurgårdens IF are unbeaten in their previous 2 league matches at home.

Since suffering a loss in their previous game against AIK in Allsvenskan competition, Varbergs BoIS and their travelling fans will hope for a better result here.

Joakim Persson's Varbergs BoIS have converted 7 times throughout their latest 6 matches. The total of goals that have been scored against them during the equivalent period equals 6.

A look at their previous results shows us that Varbergs BoIS:

The Djurgårdens IF boss Kim Bergstrand will be thankful to have no fitness concerns at all ahead of this game thanks to a completely healthy squad available for selection.

Due to a fully healthy group to pick from, the Varbergs BoIS manager Joakim Persson doesn’t have any fitness worries to report ahead of this clash.

It’s looking like Varbergs BoIS will do really well to be scoring even one goal against a Djurgårdens IF side who look likely to create many chances to win well.

We can see a very comfortable 3-0 winning margin for Djurgårdens IF by the conclusion of the match. 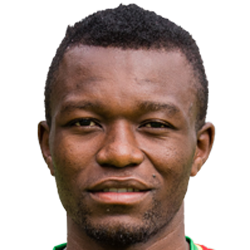 Customarily deployed in the Centre Midfield position, Emmanuel Banda was born in Chililabombwe, Zambia. Having made his senior debut playing for Oostende in the 2017 - 2018 season, the skilful Midfielder has managed 4 league goals in this Allsvenskan 2021 campaign so far in a total of 20 appearances.

We have made these Djurgårdens IF v Varbergs BoIS predictions for this match preview with the best intentions, but no profits are guaranteed. Please always gamble responsibly, only with money that you can afford to lose. Good luck with your selections.