Doncaster Rovers will do battle with the visiting Wigan at Keepmoat Stadium in the League One clash on Saturday.

All Doncaster Rovers v Wigan Athletic match predictions, user poll and stats are shown below including the latest game odds.

Doncaster Rovers will be hoping to bounce back here after the 0-1 League One defeat last time out to Fleetwood Town.

Ellis Harrison (50') was the scorer for Fleetwood Town.

Their prior results show that Doncaster Rovers:

Wigan come into this meeting following on from a 3-2 FA Cup win as they beat Blackburn Rovers in their previous fixture.

Going into this one, Wigan Athletic remain unbeaten by Doncaster Rovers when having played them away from home in the previous 2 league matches.

Inspecting their prior head-to-head meetings going back to 16/04/2016 shows that Doncaster Rovers have won 1 of these games & Wigan 5, with the number of drawn games standing at 0.

In all, 17 goals were scored between them during those clashes, with 5 for The Rovers and 12 created by The Latics. That’s an average goals per game figure of 2.83.

The Doncaster Rovers boss Gary McSheffrey has zero fitness concerns to speak of ahead of this match with a completely injury-free squad to choose from.

Thanks to a largely healthy group, there is only the one fitness problem for the Wigan gaffer Leam Richardson to contend with. Jordan Cousins (Thigh Problems) misses out for this game.

We’re inclined to think that Doncaster Rovers have it in them to get a goal against this Wigan Athletic lineup, but a single goal might not be good enough.

Our tip is for a very close game with a 1-2 winning margin for Wigan Athletic after the 90. Let’s see what happens here. 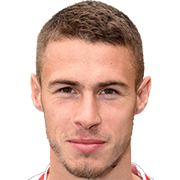 Usually playing in the Centre Midfield position, Tommy Rowe was born in Wythenshawe, England. After making a first senior appearance for Stockport County in the 2006 - 2007 season, the dangerous Midfielder has got 3 league goals in the League One 2021 - 2022 campaign so far coming from a total of 23 appearances.

While we have made these predictions for Doncaster Rovers v Wigan Athletic for this match preview with the best of intentions, no profits are guaranteed. Always gamble responsibly, and with what you can afford to lose. Good luck!