Wacker Innsbruck visit Stadion Birkenwiese on Saturday for the 2. Liga clash with home side Dornbirn.

Full predictions, pre-match stats and user poll for Dornbirn v FC Wacker Innsbruck are shown on this page - as well as the best betting odds.

Dornbirn will be wanting a better result here following the 4-1 2. Liga loss in their previous game against Vorwärts Steyr.

It has been a rare occasion in recent games that Dornbirn haven’t conceded. It will be a concern for them that Dornbirn have failed to prevent opponents from scoring in 6 of their previous 6 clashes, shipping 15 goals during that time. Such a trend might not be carried forward into this game, however.

Heading into this contest, Dornbirn have not won at home in their last 3 league matches.

After suffering a loss in their previous game against SKN St. Pölten in 2. Liga action, Wacker Innsbruck will be aiming to make amends here.

In the course of their six latest matches, Masaki Morass's FC Wacker Innsbruck have turned their attacks into goals 12 times therefore giving them the goals scored per game average of 2.

Ahead of this meeting, FC Wacker Innsbruck are unbeaten in their last 2 away league matches.

A review of their past head to head meetings stretching back to 20/03/2010 tells us that these fixtures have not been fruitful for Dornbirn. They’ve not been able to come away with any victories at all while Wacker Innsbruck have been superior, getting wins in 100% of those match-ups.

A combined sum of 12 goals were shared by the two clubs in this period, with 0 of them from Dornbirn and 12 being from Wacker. That’s an average goals per game figure of 2.

The previous league contest between these sides was 2. Liga match day 22 on 09/04/2021 when it finished FC Wacker Innsbruck 1-0 Dornbirn.

On the other side, Dornbirn had 3 shots at goal with 0 on target.

The match was refereed by Florian Jäger.

The Dornbirn manager Eric Orie will be grateful to have no fitness worries whatsoever coming into this match with a completely injury-free group available for selection.

Owing to a fully injury-free squad available to choose from, the Wacker Innsbruck manager Masaki Morass has zero fitness concerns to report coming into this game.

We believe that FC Wacker Innsbruck have it within them to dominate possession and create several successful chances.

At the other end, Dornbirn might well find it difficult to score but we can see them scoring as well.

We reckon that it will be a decent 1-3 winning margin for FC Wacker Innsbruck at the end of the 90 minutes. 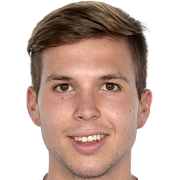 Usually playing in the Right Attacking Midfielder position, Sebastian Santin was born in Austria. Having made his senior debut playing for WSG Swarovski Tirol in the 2017 - 2018 season, the goalscoring Midfielder has managed 3 league goals in this 2. Liga 2021 - 2022 season to date in 11 appearances.

We have made these Dornbirn v FC Wacker Innsbruck predictions for this match preview with the best intentions, but no profits are guaranteed. Please always gamble responsibly, only with money that you can afford to lose. Good luck!