Dornbirn are going up against visitors Grazer AK at Stadion Birkenwiese in this 2. Liga clash on Saturday.

All Dornbirn v Grazer AK game predictions, stats and user poll are shown below (plus the best game odds).

Dornbirn fans will want a repeat of their previous result, being the 3-1 2. Liga triumph over KSV 1919.

Their more recent scorelines really do illustrate the point that not much more can be done by the Dornbirn defence. Dornbirn have been stingy, with the tally of goals that have gone past their goalkeeper over the course of their past 6 outings standing at 4. We will have to find out if that trend can be continued on here.

Coming into this clash, Dornbirn are undefeated in their previous 2 home league matches.

After tasting defeat last time out to KSV 1919 in 2. Liga action, Grazer AK will be hoping to turn things around here.

Gernot Plassnegger's Grazer AK have slotted home 8 times throughout their latest 6 matches. The number of goals that have been scored against them during that period adds up to 9.

Going into this encounter, Grazer AK haven’t won away from home in the past 3 league matches.

The match was refereed by Gabriel Gmeiner.

Dornbirn boss Markus Mader has a full complement, with no fitness concerns to speak of coming into this match with a completely healthy squad available to select from.

Grazer AK manager Gernot Plassnegger has to choose a team with limited availability. Filip Smoljan (Herniated Disc), Thomas Zündel (Unknown Injury) and Benjamin Rosenberger (Cruciate Ligament Rupture) will miss out on this game. Marco Perchtold is ineligible for this match because of suspension.

We’re inclined to think that Dornbirn could find themselves up against it to breach the defence of this Grazer AK lineup who we reckon will end up scoring and possibly keep a clean sheet as well.

That’s why we have predicted a good battle with a 0-1 victory for Grazer AK at full-time. 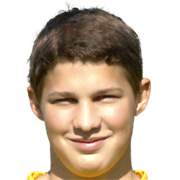 Typically taking up the Centre Midfield position, Christoph Domig was born in Austria. After making a first senior appearance for Cashpoint SCR Altach in the 2011 - 2012 season, the dangerous Midfielder has struck 2 league goals in the 2. Liga 2020 - 2021 campaign to date in 15 appearances.

While we have made these predictions for Dornbirn v Grazer AK for this match preview with the best of intentions, no profits are guaranteed. Always gamble responsibly, and with what you can afford to lose. Best of luck with your selections.