Queen Of The South vs Dundee Live Stream, Predictions

The Championship meeting at Palmerston Park on Friday sees home side Queen Of The South facing opposition in the form of Dundee.

Our predictions, user poll and statistics for Queen Of The South v Dundee can be found here - as well as up-to-date odds.

Queen Of The South
WLDLLD

Queen Of The South go into this game following on from a 0-0 Championship drawn game vs Ayr United.

It’s not been often in recent games where Queen Of The South have kept a clean sheet. It will be a concern for them that The Doonhamers have failed to prevent opponents from scoring in 5 of their previous 6 games, leaking 10 goals during that time.

Going into this encounter, Queen Of The South have not won at home in their last 3 matches in the league.

Dundee come into this clash following on from a 2-1 Championship win vs Raith Rovers in their most recent match.

A succession of hard-working showings by the Dundee defensive players has resulted in the number of goals they’ve conceded amounting to 4 from their past 6 fixtures overall. Over that same period of time, their own forwards have managed to score 7. With no two games being the same, we will just have to wait and see whether that trend might be replicated here in this match or not.

Analysis of their past results shows that Dundee:

An examination of their prior head to head clashes dating back to 29/01/2019 tells us that Queen Of The South have won 3 of them and Dundee 2, with the tally of draws being 1.

A combined sum of 18 goals were scored between the two sides during those clashes, with 10 of them for The Doonhamers and 8 being from The Dark Blues. That’s an average goals per game of 3.

The previous league contest between these sides was Championship match day 17 on 20/02/2021 when it finished Dundee 2-3 Queen Of The South.

Queen Of The South manager Allan Johnston has zero fitness concerns to speak of before this clash with a fully injury-free squad to choose from.

Dundee boss James McPake has a number of players out of action. Finlay Robertson (Ankle Injury) and Josh Mulligan (Hamstring Injury) are not ready for selection.

We’re of the opinion that Queen Of The South must be fancied to put one past this Dundee outfit, but one goal might not be enough.

Our selection here is for a close game with a 1-2 victory for Dundee after the 90. It really should be an interesting one. 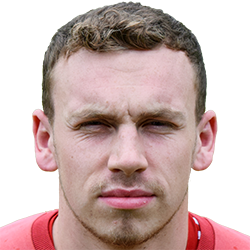 Mostly used in the Striker position, Connor Shields was born in Coatbridge, Scotland. Having made his senior debut playing for Albion Rovers in the 2016 - 2017 season, the gifted Forward has hit 9 league goals in the Championship 2020 - 2021 campaign to date in 21 appearances.

While we have made these predictions for Queen Of The South v Dundee for this match preview with the best of intentions, no profits are guaranteed. Always gamble responsibly, and with what you can afford to lose. Best of luck with your selections.