For all of our match predictions, pre-game poll and statistics for Vitesse v DVS ´33 Ermelo, scroll down (including the best match odds).

Vitesse, who won their previous game, will hope for a similar result following a 0-1 Eredivisie success versus Feyenoord.

Vitesse haven’t had any problems with scoring, hitting the target in each and every one of their last 6 games.

They’ve hit an aggregate of 11 during that time and have conceded a total of 5.

DVS ´33 Ermelo come into this meeting after a 0-2 KNVB Beker win with the eclipse of Achilles Veen in their most recent outing.

The Vitesse manager Thomas Letsch will be grateful not to have any fitness concerns whatsoever before this game with a fully healthy squad to pick from.

Thanks to a fully injury-free group available to choose from, the DVS ´33 Ermelo boss does not have any fitness concerns to speak of ahead of this clash.

Unless we’re mistaken, DVS ´33 Ermelo aren’t likely to hit the back of the net at all against a Vitesse outfit who will more than likely dominate proceedings in all areas of the contest.

We think that it’s going to be an extremely comfortable 4-0 winning margin with possibly even more for Vitesse at the end of the 90 minutes. 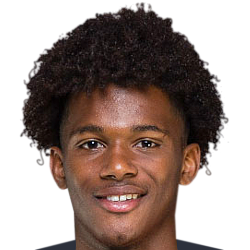 Mostly used in the Central Attacking Midfielder position, Yann Gboho was born in Man, Ivory Coast. Having made his senior debut playing for Rennes in the 2019 - 2020 season, the gifted Midfielder has contributed 2 league goals in this Eredivisie 2021 - 2022 campaign so far in 13 appearances.

While we have made these predictions for Vitesse v DVS ´33 Ermelo for this match preview with the best of intentions, no profits are guaranteed. Always gamble responsibly, and with what you can afford to lose.