Fortuna Dusseldorf will be visiting Rudolf-Harbig-Stadion on Sunday for the Bundesliga 2 showdown with home side Dynamo Dresden.

Dynamo Dresden won’t want a repeat of their last result here after a 2-1 Bundesliga 2 losing effort in their last game against Holstein Kiel.

It’s not been often in recent times that Dynamo Dresden have kept a clean sheet. In fact, Dynamo Dresden have seen their defence breached in 6 of their previous 6 clashes, giving up 13 goals during that time. Putting that to one side, it remains to be seen whether such a trend will be replicated in this next game.

Going into this encounter, Dynamo Dresden haven’t won at home in the past 2 league matches.

In their previous game, Fortuna Dusseldorf drew 1-1 in the Bundesliga 2 match with Hannover.

Analysis of their past results shows that Fortuna Dusseldorf:

An examination of their past head to head clashes going back to 15/09/2013 shows us that Dynamo Dresden have won 2 of them and Fortuna Dusseldorf 1, with the number of draws being 3.

A sum of 16 goals were scored between them during those clashes, with 10 for Dresden and 6 netted by Fortuna. The average number of goals per game works out to 2.67.

The previous league match between the two was Bundesliga 2 match day 32 on 28/04/2018 when it finished Dynamo Dresden 1-2 Fortuna Dusseldorf.

That day, Dynamo Dresden had 56% possession and 10 shots at goal with 2 of them on target. The scorer was Moussa Koné (64').

For their opponents, Fortuna Dusseldorf got 17 attempts at goal with 5 of them on target. Florian Neuhaus (9') and Rouwen Hennings (90') scored.

The Dynamo Dresden manager Alexander Schmidt doesn’t have any fitness concerns whatsoever coming into this clash with a completely injury-free squad ready to go.

Due to a fully injury-free group to choose from, the Fortuna Dusseldorf boss Christian Preußer does not have any fitness worries whatsoever coming into this game.

Our feeling is that Fortuna Dusseldorf and Dynamo Dresden should both be able to score here although it’s hard to pick a clear winner.

There should be little in it, and a draw looks to be quite a realistic result. Therefore, we predict a very close game with a 1-1 score draw at the conclusion of the game. 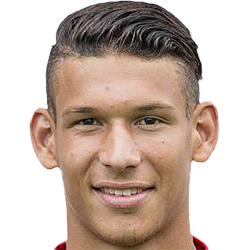 Mostly taking to the field in the Centre Midfield position, Heinz Mörschel was born in Dominican Republic. Having made his senior debut playing for in the 2016 - 2017 season, the goalscoring Midfielder has bagged 3 league goals in this 2. Bundesliga 2021 - 2022 season so far coming from a total of 12 appearances.

We have made these Dynamo Dresden v Fortuna Dusseldorf predictions for this match preview with the best intentions, but no profits are guaranteed. Please always gamble responsibly, only with money that you can afford to lose. Good luck if you do place a bet today.