East Fife will be facing the visiting Stenhousemuir at Locality Hub Bayview Stadium in the League Two fixture on Tuesday.

View all of the East Fife v Stenhousemuir predictions, poll and stats below (including the best match odds).

East Fife go into this match after a 2-2 League Two draw vs Annan Athletic.

In their past 6 fixtures, Stevie Crawford's East Fife have hit the target a total of 10 times - an average number of goals per match of 1.67.

A look at their previous results shows us that East Fife:

Stenhousemuir have attacked well leading up to this encounter, having scored 10 times in their previous 6 matches. This doesn’t mask the fact that Stenhousemuir have had their own issues at the back, also conceding in 6 of those same matches. That kind of pattern might not follow through here, though.

Coming into this fixture, Stenhousemuir have left without a victory over East Fife in away games against them for the last 3 matches in the league.

Looking at their prior head to head clashes dating back to 08/04/2017 shows that East Fife have won 3 of these and Stenhousemuir 1, with the number of drawn matches standing at 2.

A combined total of 14 goals were scored between the two sides during those clashes, with 9 of them from The Fife and 5 netted by The Warriors. The average goals per game has been 2.33.

The previous league fixture featuring the two was League Cup match day 4 on 20/07/2019 and the score finished East Fife 2-0 Stenhousemuir.

The match was refereed by Duncan Williams.

The East Fife manager Stevie Crawford does not have any fitness worries at all coming into this clash owing to a completely healthy squad to choose from.

Owing to a completely injury-free group available to choose from, the Stenhousemuir boss Stephen Swift has zero fitness concerns to report ahead of this match.

In this match, Stenhousemuir have the firepower to break down this East Fife side, although that probably won’t be enough to avoid defeat.

Our tip is for a very close game with a 2-1 winning margin for East Fife at the end of this one. Should be a good one. 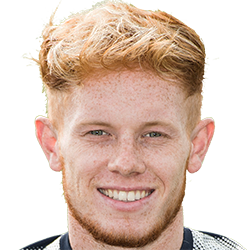 Generally taking to the field in the Striker position, Scott Shepherd was born in Perth, Scotland. Having made his senior debut playing for Falkirk in the 2013 - 2014 season, the skilful Forward has contributed 3 league goals in this League Two 2022 - 2023 season so far from a total of 6 appearances.

We have made these East Fife v Stenhousemuir predictions for this match preview with the best intentions, but no profits are guaranteed. Please always gamble responsibly, only with money that you can afford to lose. Best of luck with your selections.