Eintracht Braunschweig will be taking on visiting opponents Karlsruhe at Eintracht-Stadion in the Bundesliga 2 tie on Friday.

Full predictions, pre-match stats and user poll for Eintracht Braunschweig v Karlsruhe are shown on this page (plus the best game odds).

Eintracht Braunschweig go into this fixture coming off the back of a 1-1 Bundesliga 2 stalemate vs Hannover.

Fixtures with Eintracht Braunschweig have proved to be entertaining affairs recently with plenty of scoring being a common characteristic. Over their past 6 clashes alone, a grand total of 21 goals have been recorded for both teams combined (at an average of 3.5 goals per game) with 8 of these being chalked up by Eintracht Braunschweig. That sort of pattern might not be carried forward here, however.

Their past results show that Eintracht Braunschweig:

In their previous fixture, Karlsruhe drew 0-0 in the Bundesliga 2 tie with Heidenheim.

In that match, Karlsruhe managed 52% possession and 14 attempts at goal with 3 on target. Heidenheim got 12 shots on goal with 2 of them on target.

A series of accomplished performances from the Karlsruhe defensive players has resulted in their ‘goals against’ tally standing at 4 from their past 6 outings overall. During the same time, their forwards have scored 12.

Heading into this contest, Karlsruhe are undefeated by Eintracht Braunschweig when having played them away from home in the previous 2 league games.

Looking at the statistics for their head to head duels dating back to 17/12/2016, there is nothing to separate the two clubs with Eintracht Braunschweig winning 1 of those games, Karlsruhe 1 and 4 being drawn in normal time.

A total of 11 goals were shared by the two clubs during those clashes, with 5 for Braunschweig and 6 netted by Karlsruhe. The average goals per game has been 1.83.

The last league contest featuring the two was Bundesliga 2 match day 25 on 14/03/2021 when it ended Karlsruhe 0-0 Eintracht Braunschweig.

Availability isn’t a big problem, with just the sole fitness concern for the Eintracht Braunschweig boss Michael Schiele to be concerned about from a near full-strength group. Saulo Decarli (Muscle Injury) will miss out.

We believe that Karlsruhe and Eintracht Braunschweig could well end up finding themselves trading goals here.

An eventful draw is therefore a real possibility, and we are expecting it to be very tight. We’re therefore expecting a very even contest with a 2-2 score draw at the end of the 90 minutes. 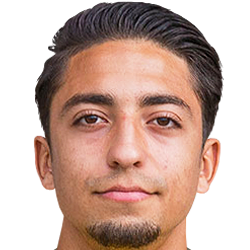 Usually deployed in the Centre Midfield position, Immanuel Pherai was born in Amsterdam, Netherlands. After making a first senior appearance for FC Zwolle in the 2020 - 2021 season, the gifted Midfielder has netted 2 league goals in this 2. Bundesliga 2022 - 2023 campaign to date from a total of 8 appearances.

We have made these Eintracht Braunschweig v Karlsruhe predictions for this match preview with the best intentions, but no profits are guaranteed. Please always gamble responsibly, only with money that you can afford to lose. Good luck!