Magdeburg will take to the pitch with visiting club Eintracht Braunschweig at MDCC-Arena in this 3rd Liga fixture on Saturday.

View all of the Magdeburg v Eintracht Braunschweig predictions, poll and stats below - as well as up-to-date odds.

Magdeburg are hoping to win again after their last result, the 2-0 3rd Liga success vs Verl.

In their prior 6 games, Christian Titz's Magdeburg have hit the back of the net a combined total of 12 times which gives them an average number of goals scored per match of 2.

Coming into this meeting, Magdeburg haven't been defeated in their previous 3 league matches at home.

Eintracht Braunschweig will go into the encounter following on from a 2-0 3rd Liga win versus Türkgücü München in their previous outing.

For Eintracht Braunschweig, goals were scored by Lion Lauberbach (18') and Bryan Henning (48').

In the course of their six latest matches, Michael Schiele's Eintracht Braunschweig have slotted home a total of 13 times thus earning them the goals per game average of 2.17.

The last league fixture featuring the two was 3rd Liga match day 20 on 21/12/2019 which ended up with the score at Eintracht Braunschweig 2-2 Magdeburg.

The Magdeburg manager Christian Titz has no fitness worries whatsoever ahead of this game with a completely healthy squad available to choose from.

Due to a completely injury-free squad to pick from, the Eintracht Braunschweig boss Michael Schiele doesn’t have any fitness concerns whatsoever before this clash.

We believe that Eintracht Braunschweig will have to perform well to put one past this Magdeburg lineup who we think should get a goal themselves and run out victorious.

We’re therefore seeing a hard-fought contest, finishing with a 1-0 winning score for Magdeburg at the end of this game. 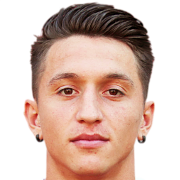 Mostly played in the Central Attacking Midfielder position, Bariş Atik was born in Frankenthal, Germany. After having made a senior debut playing for Hoffenheim in the 2016 - 2017 season, the gifted Midfielder has hit 6 league goals in the 3. Liga 2021 - 2022 season so far in 14 appearances.

We have made these Magdeburg v Eintracht Braunschweig predictions for this match preview with the best intentions, but no profits are guaranteed. Please always gamble responsibly, only with money that you can afford to lose. Good luck if you do place a bet today.