Our Fuenlabrada v Elche CF tips, poll and stats can be seen in full below - along with the latest match odds.

Fuenlabrada fans will want a repeat of their previous result, being a 0-1 La Liga 2 triumph vs Cádiz.

Their most recent results shine a light on the fact that there has been much resilience in the Fuenlabrada backline. Fuenla have been miserly, seeing the total number of goals that have gone past their goalkeeper over the course of their previous six clashes standing at 3.

Coming into this meeting, Fuenlabrada haven't been defeated in their previous 5 home league matches.

Elche CF come into this game following on from a 2-0 La Liga 2 win against Albacete in their previous fixture.

For 5 of the past six games featuring Elche CF, a relatively low number of goals have been hit between them and their opponents. The overall average goals scored per game in that period works out to a mere 1.5, with the average goals for Los Franjiverdes standing at 0.83. We will have to see whether or not that trend will be continued on into this next match.

The previous league clash between these sides was LaLiga2 match day 1 on 17/08/2019 which finished with the scoreline of Elche CF 0-2 Fuenlabrada.

That day, Elche CF had 64% possession and 5 shots at goal with 1 of them on target.

Fuenlabrada boss José Sandoval has a full complement, with no fitness worries to speak of ahead of this match thanks to a fully healthy group available to choose from.

Due to a fully healthy squad to pick from, Elche CF boss Juan Pacheta has no fitness concerns to report ahead of this match.

We feel that over the course of the game, Elche CF will need things to go their way to put one past this Fuenlabrada side who should be able to grind out a win.

We therefore fancy a good battle with a 1-0 win for Fuenlabrada at the end of the 90.

Over/Under 2.5 Goals Prediction for Fuenlabrada vs Elche CF
Under 2.5 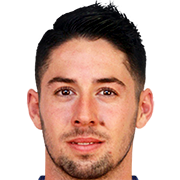 Customarily playing in the Right Attacking Midfielder position, Hugo Fraile was born in Huelva, Spain. Having made a first senior appearance for Getafe CF in the 2011 - 2012 season, the talented Midfielder has managed to score 12 league goals in the LaLiga2 2019 - 2020 campaign so far coming from a total of 39 appearances.

While we have made these predictions for Fuenlabrada v Elche CF for this match preview with the best of intentions, no profits are guaranteed. Always gamble responsibly, and with what you can afford to lose. Good luck with your selections.