There is Copa Libertadores action taking place on Wednesday when Palmeiras will take on Emelec.

All of our predictions, stats and the user poll for Palmeiras v Emelec are shown below - along with the latest match odds.

Palmeiras, following on from their previous result, will be hoping for more of the same after a 2-0 Serie A triumph versus Red Bull Bragantino.

Palmeiras haven’t been able to stop scoring goals, finding the back of the net in each and every one of their last 6 matches.

They have hit an aggregate of 15 during that period while also conceding a total of 4. We shall soon see if that trend will end up being sustained into this next match.

Emelec will go into this clash after a 1-4 Copa Libertadores win to defeat Deportivo Tachira in their previous fixture.

Almost everyone can be considered, as there’s just a single fitness concern for the Palmeiras gaffer Abel Ferreira to be concerned about thanks to an otherwise robust group. Henri (Tibia and Fibula Fracture) won’t play.

Due to a fully healthy squad ready to go, the Emelec manager Ismael Rescalvo has zero fitness worries to report before this game.

It’s looking like Emelec could really find it hard to find the back of the net against a Palmeiras outfit who will likely create many chances to win well.

We are predicting a comprehensive 3-0 winning margin for Palmeiras at full-time. 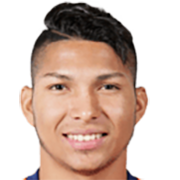 Usually taking to the field in the Left Wing position, Rony was born in Magalhães Barata, Brazil. Having played his first senior match for Albirex Niigata in the 2017 season, the goalscoring Forward has netted 2 league goals in the Série A 2022 campaign to date in 5 appearances.

While we have made these predictions for Palmeiras v Emelec for this match preview with the best of intentions, no profits are guaranteed. Always gamble responsibly, and with what you can afford to lose. We wish you the best of luck.