Erzgebirge Aue host away side Werder Bremen at Erzgebirgsstadion in the Bundesliga 2 meeting on Sunday.

Our Erzgebirge Aue v Werder Bremen predictions, statistics and match poll can be seen below (including the best match odds).

Erzgebirge Aue will be looking for an improved result here after a 6-0 Bundesliga 2 losing effort in their last game against Darmstadt.

Their more recent scorelines shine a light on the fact that a bigger effort is required from the Erzgebirge Aue rearguard. Erzgebirge Aue have managed to let an embarrassing 18 goals fly into the back of their net during the period covering their past 6 games.

Coming into this meeting, Erzgebirge Aue are without a home win in the past 3 matches in the league.

Since being defeated in their last game at the hands of Holstein Kiel in Bundesliga 2 competition, Werder Bremen and their travelling fans will hope for a better result here.

Werder Bremen have seen success in front of goal leading up to this encounter, scoring 10 times in their last 6 matches. This doesn’t mask the fact that Werder Bremen have had their own issues at the back, also conceding in 5 of those same matches. We will see if that trend will end up being continued on into this next match.

Going into this contest, Werder Bremen are unbeaten in their previous 2 league matches away from home.

The last league fixture between these clubs was Bundesliga 2 match day 16 on 03/12/2021 when the final score was Werder Bremen 4-0 Erzgebirge Aue.

Erzgebirge Aue had 9 attempts on goal with 3 of them on target.

Thanks to a mainly available squad, there’s only the lone fitness issue for the Werder Bremen boss Ole Werner to be concerned with. Jean Manuel Mbom (Achilles tendon rupture) won’t be in action.

Conversely, Erzgebirge Aue will not find it easy to break down their defence but we do fancy them pulling one back during this clash.

We can therefore see a comfortable 1-3 winning margin for Werder Bremen at the end of the match. 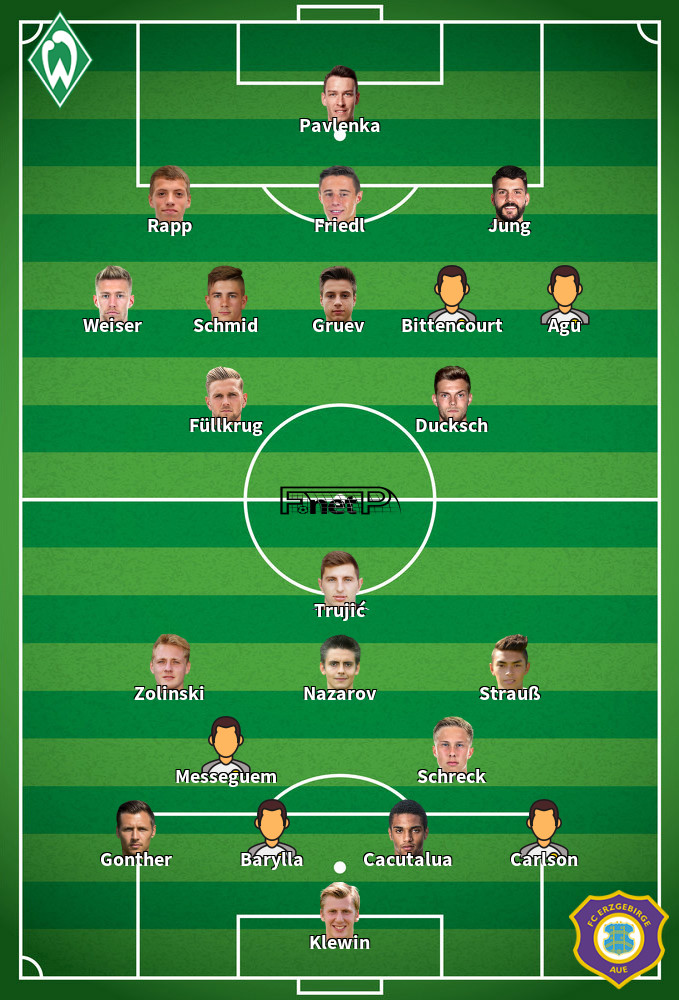 Normally used in the Right Wing position, Antonio Jonjić was born in Ludwigshafen, Germany. Having played his first senior match for Kaiserslautern in the 2018 - 2019 season, the gifted Forward has bagged 6 league goals in this 2. Bundesliga 2021 - 2022 season to date in a total of 24 appearances.

We have made these Erzgebirge Aue v Werder Bremen predictions for this match preview with the best intentions, but no profits are guaranteed. Please always gamble responsibly, only with money that you can afford to lose. We wish you the best of luck.