Full predictions, pre-match stats and user poll for Leganés v Espanyol are shown on this page (plus the best game odds).

Leganés will be looking for a repeat result of the 1-2 La Liga 2 triumph over Málaga.

Their latest results really do illustrate the point that much respect should be given to the Leganés backline. Leganés have been miserly, with the number of goals that have gone past their goalkeeper during their previous six games standing at 3.

Looking at their past form shows that Leganés:

Following on from tasting defeat last time out to Girona FC in La Liga 2 action, Espanyol will be aiming to make amends here.

In that match, Espanyol had 52% possession and 11 attempts on goal with 4 on target. The only player to score for Espanyol was Raúl de Tomás (40'). At the other end, Girona FC had 9 shots at goal with 2 on target. Yoel Bárcenas (83') and Samu Sáiz (88') scored for Girona FC.

A succession of steadfast showings from the Espanyol defence has seen the number of goals they’ve conceded amounting to 4 from their last 6 fixtures overall. In that time, their own attack force has managed to score 9. We will just have to find out whether or not that trend will end up being sustained in this game.

Coming into this clash, Espanyol are unbeaten in their last 3 away league matches.

A glance at their prior head to head clashes stretching back to 27/08/2017 shows us that Leganés have won 4 of these and Espanyol 2, with the number of drawn results standing at 0.

A combined total of 12 goals were scored between them throughout the course of those matches, with 7 from Leganés and 5 created by Periquitos. That is an average goals per game value of 2.

The previous league encounter featuring the two was La Liga match day 34 on 05/07/2020 which ended up with the score at Espanyol 0-1 Leganés.

That time, Espanyol managed 63% possession and 7 attempts at goal with 2 of them on target.

Leganés got 4 attempts on goal with 2 of them on target. Jonathan Silva (53') scored.

Regarding absentees, there’s just a single fitness concern for the Leganés gaffer José Martí to contend with thanks to an otherwise robust group. Michael Santos (Unknown Injury) is sidelined.

Thanks to a fully injury-free squad ready to go, Espanyol manager Vicente Moreno does not have any fitness concerns at all ahead of this game.

We are of the inclination to think that Espanyol and Leganés should both be able to find the back of the net here although it’s difficult to select a clear winner.

Little in this one, and it’s almost too close to call. That’s why our selection here is for a very close game with a 1-1 score at the end of this one. 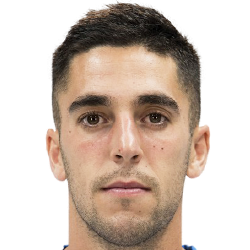 Usually playing in the Striker position, Sabin Merino was born in Urduliz, Spain. Having made his senior debut playing for Athletic Bilbao in the 2015 - 2016 season, the goalscoring Forward has accumulated 5 league goals in the LaLiga2 2020 - 2021 campaign so far coming from a total of 12 appearances.

We have made these Leganés v Espanyol predictions for this match preview with the best intentions, but no profits are guaranteed. Please always gamble responsibly, only with money that you can afford to lose. Good luck if you do place a bet today.