Our tips, poll and stats for Espanyol v Real Betis can all be found here - plus the latest betting odds.

It’s been a rare occasion in recent games that Espanyol have shown defensive steel. It will be a concern for them that Espanyol have seen their defence breached in 5 of their previous 6 clashes, leaking 6 goals in the process. Such a pattern won’t necessarily be carried forward into this next game, of course.

Taking a look at their past results, Espanyol:

Looking at their form, and Real Betis have been scored against in 5 of their last 6 games, conceding 9 goals in total. Defensively, Real Betis have not been doing too well.

Heading into this fixture, Real Betis haven't been beaten by Espanyol when having played them away from home in the previous 3 league games.

Inspecting their most recent head-to-head meetings going back to 30/01/2019 shows that Espanyol have won 0 of these & Real Betis 3, with the tally of drawn games standing at 3.

A combined total of 20 goals were scored between the two sides in these games, with 7 from Periquitos and 13 being from Béticos. The average goals per game has been 3.33.

On that occasion, Espanyol had 38% possession and 11 attempts on goal with 4 of them on target. Their only player to score was Raúl de Tomás (14').

Availability isn’t a big problem, with just the lone fitness concern for the Espanyol gaffer Diego Martínez to contend with from an otherwise complete group. Keidi Bare (Ruptured ankle ligament) misses out.

Due to a mostly available group, there is only the lone fitness problem for the Real Betis gaffer Manuel Pellegrini to contend with. Nabil Fekir (Muscle Injury) won’t be in action.

Our feeling is that Real Betis and Espanyol should play out a closely-fought contest here.

Shouldn’t be much in it, and a draw looks quite a realistic result. We’re therefore anticipating a very close game with a 1-1 draw at the end of the 90 minutes. 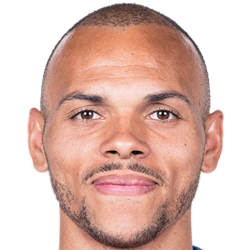 Mostly played in the Striker position, Martin Braithwaite was born in Esbjerg, Denmark. Having made a first senior appearance for Esbjerg in the 2009 - 2010 season, the gifted Forward has managed to score 3 league goals in the LaLiga 2022 - 2023 season to date in a total of 12 appearances.

We have made these Espanyol v Real Betis predictions for this match preview with the best intentions, but no profits are guaranteed. Please always gamble responsibly, only with money that you can afford to lose. We wish you the best of luck.