Our Godoy Cruz v Estudiantes de La Plata tips, poll and stats can be seen in full below (plus the best game odds).

Godoy Cruz, buoyed by their previous result, will be hoping for more of the same after the 1-2 Copa de la Liga Profesional success versus Aldosivi.

It’s been seldom in recent times where Godoy Cruz have managed to hold out for a full 90 minutes. It will be a concern for them that Tomba have failed to prevent opponents from scoring in 5 of their previous 6 matches, letting in 14 goals on the way.

The stats don’t lie, and Estudiantes de La Plata have been scored against in 6 of their last 6 games, conceding 9 goals in all. In defence, Los Pincharratas certainly have room for improvement. It will be interesting to see whether or not that trend will end up being continued on in this game.

It’s a low absenteeism rate, with just one fitness concern for the Godoy Cruz boss Diego Martínez to be concerned with due to a largely intact set of players. Brian Alférez (Ruptured ligaments) is sidelined.

Owing to a fully injury-free group to choose from, Estudiantes de La Plata manager Leandro Desábato has no fitness worries to speak of coming into this clash.

We’re inclined to think that Estudiantes de La Plata and Godoy Cruz could well end up finding themselves level here, with both teams capable of netting.

It could well end in a draw. We’re therefore anticipating a hard-fought 1-1 score draw after 90 minutes. 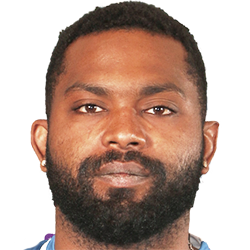 Usually used in the Striker position, Santiago García was born in Montevideo , Uruguay. After having made a senior debut playing for Atletico PR in the 2011 season, the talented Forward has netted 6 league goals in the Superliga 2019 - 2020 season to date from a total of 13 appearances.

We have made these Godoy Cruz v Estudiantes de La Plata predictions for this match preview with the best intentions, but no profits are guaranteed. Please always gamble responsibly, only with money that you can afford to lose. Good luck!