All of our predictions, stats and the user poll for Excelsior v FC Dordrecht are shown below - as well as up-to-date odds.

Excelsior will want to continue from where they left off last time out with the 1-2 Eerste Divisie triumph against NAC Breda.

It has been all too rare in recent games where Excelsior haven’t conceded. In fact, Roodzwarten have failed to prevent opponents from scoring in 5 of their previous 6 clashes, shipping 13 goals during that time.

Taking a look at their past results, Excelsior:

After being beaten in their last game against MVV in Eerste Divisie competition, FC Dordrecht and their travelling supporters will be hoping that they can get a better result in this one.

In that game, FC Dordrecht had 45% possession and 4 attempts on goal with 2 on target. MVV had 25 shots at goal with 9 of them on target. Sven Blummel (90') was the scorer for MVV.

Illustrating their penchant for high-scoring encounters, we’ve seen goals 23 times in the previous six matches in which FC Dordrecht have taken to the pitch, making it a mean average of 3.83 goals for each clash. Opposing teams have got 16 from this total. We will have to find out if that trend will be continued on here.

Coming into this meeting, FC Dordrecht are winless against Excelsior when having played them away from home in the previous 6 matches in the league. Not good at all.

A glance at their past head-to-head meetings dating back to 17/01/2014 shows us that Excelsior have won 2 of these & FC Dordrecht 1, with the number of drawn matches being 3.

In all, 16 goals were yielded between them throughout the course of those matches, with 9 of them from Roodzwarten and 7 belonging to Schapenkoppen. That’s an average goals per game of 2.67.

The last league contest between these clubs was Eerste Divisie match day 3 on 11/09/2020 when the final score was FC Dordrecht 1-3 Excelsior.

In this match, FC Dordrecht would be disappointed if they were not to score a goal against this Excelsior team, however it isn’t expected to be as many as they’ll concede.

We’re expecting a close game with a 2-1 victory for Excelsior when the full-time whistle blows. It really should be an interesting one. 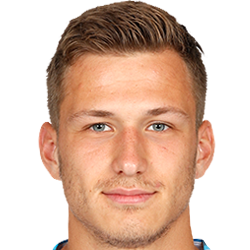 Generally taking up the Centre Midfield position, Reuven Niemeijer was born in Hengelo, Netherlands. After having made a senior debut playing for Heracles Almelo in the 2016 - 2017 season, the talented Midfielder has hit 10 league goals in the Eerste Divisie 2020 - 2021 season so far from a total of 35 appearances.

We have made these Excelsior v FC Dordrecht predictions for this match preview with the best intentions, but no profits are guaranteed. Please always gamble responsibly, only with money that you can afford to lose. Best of luck.