The Eerste Divisie meeting at De Oude Meerdijk on Saturday will see home side FC Emmen lock horns with Excelsior.

View all of the FC Emmen v Excelsior predictions, poll and stats below including the latest game odds.

FC Emmen will want to continue from where they left off last time out with a 0-1 Eerste Divisie success over Jong Utrecht.

In their last six fixtures, Dick Lukkien's FC Emmen have hit the back of the net 12 times which gives them an average number of goals scored per match equal to 2.

A look at their previous results shows us that FC Emmen:

Following on from a losing effort in their last game against NAC Breda in Eerste Divisie action, Excelsior will be hoping to turn things around here.

In a total of 6 out of the previous 6 games featuring Excelsior, three or more goals have been hit. The average goals scored per match in that spell is 4, with the number of goals averaged by Excelsior coming out as 2.5.

Going into this encounter, Excelsior have not won away from home in their last 2 league games.

Inspecting their past head to head meetings stretching back to 17/08/2012 shows us that FC Emmen have won 2 of them and Excelsior 3, with the tally of draws being 1.

A combined total of 17 goals were produced between them in these games, with 8 for Rood-Witten and 9 coming from Roodzwarten. This gives an average number of goals per game equal to 2.83.

The previous league meeting between these clubs was Eredivisie match day 22 on 17/02/2019 when the final score was Excelsior 2-1 FC Emmen.

Excelsior boss Marinus Dijkhuizen has not got a full squad to pick from. Nathan Tjoe-A-On (Knee Injury), Brandon Ormonde-Ottewill (Groin Injury) and Lars Bleijenberg (Knock) are names that won’t be on the team sheet.

It looks to us like Excelsior will have to play really well to be putting goals past a FC Emmen side who have all the attributes to boss most aspects of this game if it turns out as we expect.

We are anticipating a commanding 3-0 margin for FC Emmen when all is said and done. 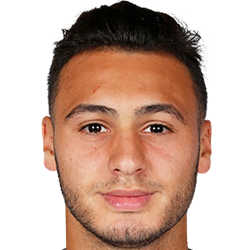 Mostly taking to the field in the Centre Midfield position, Azzeddine Toufiqui was born in Caen, France. After making a first senior appearance for SM Caen in the 2019 - 2020 season, the dangerous Midfielder has accumulated 2 league goals in the Eerste Divisie 2021 - 2022 campaign to date in a total of 9 appearances.

We have made these FC Emmen v Excelsior predictions for this match preview with the best intentions, but no profits are guaranteed. Please always gamble responsibly, only with money that you can afford to lose. Good luck if you do place a bet today.