Return to this page a few days before the scheduled game when this expired prediction will be updated with our full preview and tips for the next match between these teams.
Full-Time Result Prediction
👉
Fortuna Sittard to Win

All Fortuna Sittard v Excelsior match predictions, user poll and stats are shown below - as well as up-to-date odds.

Fortuna Sittard enter this match after a 1-1 Eredivisie drawn match versus NEC.

The only name on the scoresheet from Fortuna Sittard was Oğuzhan Özyakup (71'). Pedro Marques (95') was the scorer for NEC.

Fortuna Sittard have not been the best at stopping their opponents recently, although they have also managed to score goals themselves. Looking at their last 6 games, Fortuna Sittard have been punished defensively in 6 of them as well as getting on the scoresheet in 5 of those games.

Analysis of their past results shows that Fortuna Sittard:

Excelsior will go into this clash following on from a 2-1 Eredivisie win to beat FC Emmen in their previous match.

In a total of 5 out of the previous 6 clashes involving Excelsior, three or more goals have been struck. The overall average goals scored per match in that spell is 4.5, with the average number of goals for Excelsior working out to 1.67. Let’s find out if that trend will end up being continued on here.

Analysis of their past results shows that Excelsior:

Looking at the statistics for their head to head meetings going back to 03/09/2012, neither club has come out on top overall with Fortuna Sittard winning 2 of those games, Excelsior 2 and 2 being draws in regulation time.

The last league fixture featuring these sides was Eredivisie match day 21 on 10/02/2019 when the final score was Fortuna Sittard 4-1 Excelsior.

The Fortuna Sittard manager Dominik Vergoossen will be grateful to have no fitness worries to speak of ahead of this match with a completely injury-free squad ready to go. Dogan Erdogan will not be able to play in this game through being suspended.

Thanks to a mainly available group of players, there’s only the lone fitness issue for the Excelsior manager Marinus Dijkhuizen to be concerned with. Nikolas Agrafiotis (Knee Injury) misses out for this game.

In this game, Excelsior should have enough to get a goal against this Fortuna Sittard side, but that might not be as many as they will have scored against them.

We’re predicting a tight encounter finishing with a 2-1 winning score for Fortuna Sittard at full-time. Let’s see what happens here. 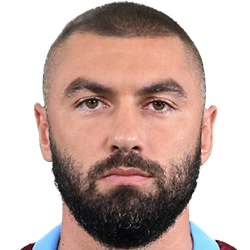 Typically played in the Striker position, Burak Yılmaz was born in Antalya, Turkey. After having played his first senior match for Beşiktaş in the 2006 - 2007 season, the dangerous Forward has struck 4 league goals in the Eredivisie 2022 - 2023 campaign to date in a total of 6 appearances.

While we have made these predictions for Fortuna Sittard v Excelsior for this match preview with the best of intentions, no profits are guaranteed. Always gamble responsibly, and with what you can afford to lose. Best of luck.