The League One fixture at Stadium MK on Saturday will see home side MK Dons doing battle with Exeter City.

Our MK Dons v Exeter City predictions, statistics and match poll can be seen below (inc. the best betting odds).

MK Dons will be hoping for a better result following a 0-1 League One defeat in their last game at the hands of Shrewsbury Town.

MK Dons have been quite ineffective in attack in more recent games. Their sum of goals stands at just 4 against opposing sides over the course of their previous six outings. In those games, MK Dons have also seen the tally of goals against them total 7. That sort of trend might not be sustained into this next game, though.

Since suffering a loss in their previous game against Portsmouth in League One action, Exeter City and their fans will hope to get a better result this time.

Over the course of 5 of the prior 6 games involving Exeter City, a notably low volume of goals have been scored between them and their opponents. The overall average number of goals per game during that period comes out as a mere 2.33, with the number of goals averaged by The Grecians equalling 1.

Looking at their most recent head-to-head meetings going back to 08/01/2011 shows us that MK Dons have won 3 of them and Exeter City 2, with the tally of draws standing at 1.

13 goals were scored between the two sides during those clashes, with 8 for The Dons and 5 created by The Grecians. That’s an average goals per game of 2.17.

The previous league encounter featuring the two was League One match day 7 on 03/09/2022 which ended up with the score at Exeter City 1-0 MK Dons.

The MK Dons manager Mark Jackson will be grateful not to have any fitness concerns whatsoever coming into this match thanks to a completely healthy squad available for selection.

Out of a mainly healthy group of players, there’s only the one fitness worry for the Exeter City boss Gary Caldwell to be concerned about. Kyle Taylor (Fracture-dislocation of the ankle) won’t be in action.

Our feeling is that Exeter City and MK Dons could both end up scoring in what appears to be a good match-up, with little separating these two teams.

It’s looking like it could well end up as a draw. That is why we are leaning toward a very even match with a score draw at the conclusion of the game. 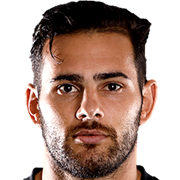 Typically used in the Central Defensive Midfielder position, Bradley Johnson was born in Hackney, England. Having played his first senior match for Cambridge United in the 2004 - 2005 season, the goalscoring Midfielder has accumulated 5 league goals in the League One 2022 - 2023 season so far in a total of 26 appearances.

While we have made these predictions for MK Dons v Exeter City for this match preview with the best of intentions, no profits are guaranteed. Always gamble responsibly, and with what you can afford to lose.