Västerås SK arrive at Falcon Alkoholfri Arena on Sunday for the Superettan fixture with home side Falkenberg.

Our tips, poll and stats for Falkenberg v Västerås SK can all be found here including the latest game odds.

Falkenberg will be wanting a better result here following the 1-0 Superettan loss in their previous game against Akropolis IF.

Three or more goals per match were seen in 5 of the last 6 fixtures where Falkenbergs FF have participated. Opposition teams scored 13 times in this period while Falkenberg managed a tally of 5.

In their last game, Västerås SK drew 2-2 in the Superettan match with IK Brage.

In that match, Västerås SK had 52% possession and 10 shots at goal with 4 on target. For Västerås SK, the scorers were Simon Johansson (40') and Viktor Prodell (90'). IK Brage had 4 attempts on goal with 3 of them on target. Niklas Söderberg (16') and Alexander Johansson (74') scored for IK Brage.

During their 6 previous matches, Thomas Askebrand's Västerås SK have seen their efforts on goal rewarded a total of 8 times therefore earning them the goals per game average of 1.33.

Going into this one, Västerås SK are undefeated in their previous 2 league matches away from home.

The last league clash between these clubs was Superettan match day 20 on 14/08/2011 when the final score was Västerås SK 1-2 Falkenbergs FF.

The match was refereed by Dragan Banjac.

Falkenberg boss Hasse Eklund will be grateful to have no fitness worries at all ahead of this clash owing to a completely healthy group ready to go.

From a largely full-strength group, there’s just the lone fitness issue for the Västerås SK gaffer Thomas Askebrand to be concerned about. Pedro Ribeiro (Calf Injury) won’t be playing here.

Västerås SK and Falkenberg may well both score, with little between these two teams.

Let’s see what happens, but it could well be that we end up with scores level. That is why we are leaning toward a tight encounter with a 1-1 scoreline when the full-time whistle blows. 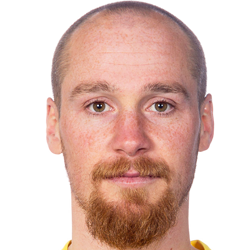 Regularly used in the Right Attacking Midfielder position, Christoffer Carlsson was born in Stafsinge, Sweden. After having played his first senior match for Landskrona BoIS in the 2009 season, the skilful Midfielder has scored a sum of 2 league goals in the Superettan 2021 campaign to date coming from a total of 8 appearances.

While we have made these predictions for Falkenberg v Västerås SK for this match preview with the best of intentions, no profits are guaranteed. Always gamble responsibly, and with what you can afford to lose. Good luck if you do place a bet today.