Scroll down to see all of the predictions, poll and statistics for Falkirk v Partick Thistle (plus the best game odds).

Falkirk prepare for this fixture following on from a 1-1 League One stalemate vs Dunfermline Athletic.

The only player to score from Falkirk was Callumn Morrison (30'). Kyle Benedictus (55') scored for Dunfermline Athletic.

It has not been often in recent games that Falkirk haven’t conceded. In fact, Falkirk have seen their defence breached in 5 of their previous 6 games, leaking 8 goals in the process.

Last time out, Partick Thistle drew 2-2 in the Championship tie with Cove Rangers.

In their previous six outings, Partick Thistle have amassed the sum of 13 goals. Partick Thistle have also not failed to score on each one of those occasions. Over that period, their defenders have had 7 goals go into their own net. We will have to find out whether or not that trend will be sustained into this next match.

Drawn results are a common outcome in games between these two clubs. In their head to head meetings stretching back to 17/11/2018, fans have seen 5 of these. That’s an unusually high 83 per cent of games ending as stalemates.

A sum of 15 goals were scored between them in this period, with 5 from The Bairns and 10 netted by The Jags. This gives an average number of goals per game equal to 2.5.

The previous league encounter featuring these clubs was League One match day 3 on 29/04/2021 and the score finished Partick Thistle 5-0 Falkirk.

The Falkirk boss John McGlynn doesn’t have any fitness concerns whatsoever coming into this match with a fully healthy group to choose from.

Due to a completely injury-free group to pick from, the Partick Thistle manager Ian McCall does not have any fitness concerns whatsoever before this match.

We’ve got the feeling that Falkirk will likely be able to get a goal against this Partick Thistle side, although just one goal may not be enough to prevent defeat.

Our selection here is for both teams to score in a 1-2 win for Partick Thistle after 90 minutes. There shouldn’t be much in it, either way. 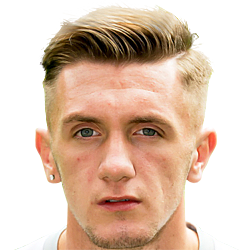 Normally playing in the Right Attacking Midfielder position, Callumn Morrison was born in Alva, Scotland. Having made a first senior appearance for Hearts in the 2015 - 2016 season, the skilful Midfielder has accumulated 4 league goals in the League One 2022 - 2023 campaign so far coming from a total of 7 appearances.

We have made these Falkirk v Partick Thistle predictions for this match preview with the best intentions, but no profits are guaranteed. Please always gamble responsibly, only with money that you can afford to lose. Good luck if you do place a bet today.