Return to this page a few days before the scheduled game when this expired prediction will be updated with our full preview and tips for the next match between these teams.
Full-Time Result Prediction
👉
Helmond Sport to Win

All FC Dordrecht v Helmond Sport match predictions, user poll and stats are shown below including the latest game odds.

FC Dordrecht will be hoping for a better result after a 2-1 Eerste Divisie losing effort in their last game against Jong AZ.

FC Dordrecht have been quite ineffective in attack in more recent games. Their goals record stands at just 4 versus opposing sides over their previous six matches. In those meetings, FC Dordrecht have also seen the number of goals that have gone against them total 12.

Ahead of this clash, FC Dordrecht haven’t won at home in the past 8 matches in the league. Something needs to change.

Helmond Sport will go into the game following on from a 3-1 Eerste Divisie win vs Jong Ajax in their most recent outing.

Throughout their 6 most recent matches, Wil Boessen's Helmond Sport have found the back of the net a total of 7 times - yielding them the goals scored per game average of 1.17.

Going into this contest, Helmond Sport have not won away from home in their last 8 league matches. Their travelling support will be needed here, for sure.

If we look at their past head to head meetings stretching back to 17/08/2018, both clubs have shared the honours with FC Dordrecht winning 2 of those games, Helmond Sport 2 and 2 being drawn in normal time.

In all, 18 goals were scored between them during those clashes, with 8 for Schapenkoppen and 10 created by Helmond. That’s an average goals per game figure of 3.

The last league fixture featuring these sides was Eerste Divisie match day 26 on 27/02/2021 which ended up with the score at FC Dordrecht 2-1 Helmond Sport.

We’re envisaging that FC Dordrecht may not find it easy to be putting a goal past this Helmond Sport team who we think will likely get the win and a maybe even keep a clean sheet as well.

With that in mind, we reckon that it will be a good battle with a 0-1 winning margin for Helmond Sport at the end of this game. 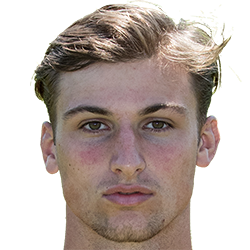 Usually deployed in the Striker position, Stijn Meijer was born in Netherlands. After having played his first senior match for Almere City in the 2018 - 2019 season, the goalscoring Forward has netted 2 league goals in the Eerste Divisie 2021 - 2022 campaign to date in a total of 9 appearances.

While we have made these predictions for FC Dordrecht v Helmond Sport for this match preview with the best of intentions, no profits are guaranteed. Always gamble responsibly, and with what you can afford to lose.