The Eerste Divisie tie at Jan Louwersstadion on Friday sees home side FC Eindhoven prepare for the visit of Telstar.

Full predictions, pre-match stats and user poll for FC Eindhoven v Telstar are shown on this page - as well as up-to-date odds.

FC Eindhoven will be hoping to bounce back here following a 5-2 Eerste Divisie loss in their previous game against FC Zwolle.

Rob Penders's FC Eindhoven have netted a sum total of 8 times over their past 6 outings. At the other end, the tally of goals that have been scored against them in those fixtures amounts to 11.

Looking at their past form shows that FC Eindhoven:

In their previous fixture, Telstar drew 0-0 in the Eerste Divisie match with ADO Den Haag.

A series of very capable showings from the Telstar defenders has seen the number of goals they’ve conceded standing at 4 from their last 6 outings combined. Over that same time, their own forwards have managed to score 6. It will be interesting to find out whether or not that trend will be continued on in this game.

Looking at the pre-match facts, Telstar:

If we look at their past head to head meetings dating back to 27/09/2019, it’s been all-even between these two clubs with FC Eindhoven winning 2 of those games, Telstar 2 and 2 being draws in normal time.

An aggregate of 17 goals were produced between them during those clashes, with 9 from FC Eindhoven and 8 coming from Witte Leeuwen. That’s an average goals per game figure of 2.83.

The previous league match featuring these sides was Eerste Divisie match day 36 on 22/04/2022 and the score finished Telstar 0-1 FC Eindhoven.

That day, Telstar managed 54% possession and 10 shots at goal with 3 of them on target.

FC Eindhoven had 10 shots on goal with 2 of them on target. Joey Sleegers (82') was the scorer.

The match was refereed by Martijn Vos.

We feel that Telstar would be disappointed if they were not to score against this FC Eindhoven side, however that realistically won’t be enough to prevent defeat.

We think that it’s going to be a very close game with a 2-1 advantage for FC Eindhoven when the full-time whistle blows. Could easily see this go either way. 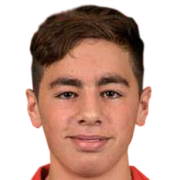 Regularly taking to the field in the Left Wing position, Ozan Can Kökçü was born in Haarlem, Netherlands. Having made his senior debut playing for RKC Waalwijk in the 2017 - 2018 season, the goalscoring Forward has managed 4 league goals in the Eerste Divisie 2022 - 2023 season to date in a total of 14 appearances.

We have made these FC Eindhoven v Telstar predictions for this match preview with the best intentions, but no profits are guaranteed. Please always gamble responsibly, only with money that you can afford to lose. Best of luck.