FC Groningen take on visitors SC Heerenveen at Euroborg in this Eredivisie match on Sunday.

View all of the FC Groningen v SC Heerenveen predictions, poll and stats below - as well as up-to-date odds.

FC Groningen will be hoping to bounce back here following the 5-2 Eredivisie defeat last time out to PSV Eindhoven.

FC Groningen have really struggled up front of late. Their ‘goals for’ figure equals just 4 vs opponents during the course of their last 6 matches. In those games, FC Groningen have also seen the tally of goals that have gone against them come to 8.

After a loss in their previous game against AZ in Eredivisie competition, SC Heerenveen will be hoping to turn things around here.

Johnny Jansen's SC Heerenveen have managed to stick the ball in the net a total of 7 times in the course of their latest 6 matches. The aggregate of goals that they have conceded during those same clashes adds up to 10.

Looking at the statistics for their head to head duels going back to 08/04/2018, there has been little between the sides with FC Groningen winning 1 of those games, SC Heerenveen 1 and 4 being draws in normal time.

A sum of 12 goals were yielded between them during those clashes, with 6 of them for Trots van het Noorden and 6 created by De Superfriezen. The average number of goals per game works out to 2.

The previous league contest between the two was Eredivisie match day 29 on 11/04/2021 when it finished FC Groningen 0-2 SC Heerenveen.

On that occasion, FC Groningen had 51% possession and 11 shots on goal with 3 on target.

Our thinking is that SC Heerenveen may not find it easy to find the net against this FC Groningen lineup who we reckon will gain the upper hand.

We’re therefore tipping a highly competitive game with a 1-0 winning margin for FC Groningen when all is said and done. 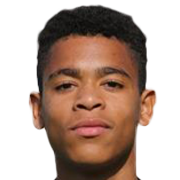 Regularly taking to the field in the Striker position, Cyril Ngonge was born in Belgium. After having played his first senior match for Club Brugge in the 2018 - 2019 season, the accomplished Forward has contributed 2 league goals in the Eredivisie 2021 - 2022 campaign to date coming from a total of 3 appearances.

While we have made these predictions for FC Groningen v SC Heerenveen for this match preview with the best of intentions, no profits are guaranteed. Always gamble responsibly, and with what you can afford to lose. We wish you the best of luck.