FC Nordsjælland arrive at Sydbank Park on Wednesday for the Superliga fixture with hosts SønderjyskE.

View all SønderjyskE v FC Nordsjælland tips, stats and our pre-match poll below - along with the latest match odds.

SønderjyskE go into this game following a 1-1 Superliga tied result vs AGF Aarhus.

Coming into this meeting, SønderjyskE have not registered a win against FC Nordsjælland in their last 4 league matches.

In their last game, FC Nordsjælland drew 1-1 in the Superliga match with Odense BK.

A sequence of outstanding performances from the FC Nordsjælland defenders has seen their ‘goals against’ tally amounting to 4 from their previous 6 clashes overall. Over that same time, their forwards have scored 8. It will be interesting to see if that trend will end up being continued on into this next match.

Checking on their prior head-to-head meetings stretching back to 23/02/2020 shows us that SønderjyskE have won 1 of these & FC Nordsjælland 4, with the tally of drawn matches standing at 1.

A combined total of 15 goals were yielded between them in this period, with 5 of them from SønderjyskE and 10 for Tigrene. That’s an average goals per game figure of 2.5.

The previous league fixture featuring these clubs was Superliga match day 3 on 15/04/2022 and the score finished FC Nordsjælland 2-0 SønderjyskE.

On that occasion, FC Nordsjælland managed 50% possession and 15 shots on goal with 5 on target. The scorers were Oliver Antman (29') and Kian Hansen (71').

For their opponents, SønderjyskE got 14 attempts on goal with 6 on target.

The match was refereed by Jens Grabski Maae.

The SønderjyskE boss Henrik Hansen will be grateful not to have any fitness worries at all coming into this clash thanks to a completely injury-free squad available to select from.

With a fully healthy squad available to choose from, the FC Nordsjælland boss Flemming Pedersen doesn’t have any fitness worries to report coming into this clash.

In our view, SønderjyskE may not find it easy to break down this FC Nordsjælland outfit who we think might be able to grind out a win.

We’re therefore anticipating a 0-1 winning score for FC Nordsjælland when all is said and done. 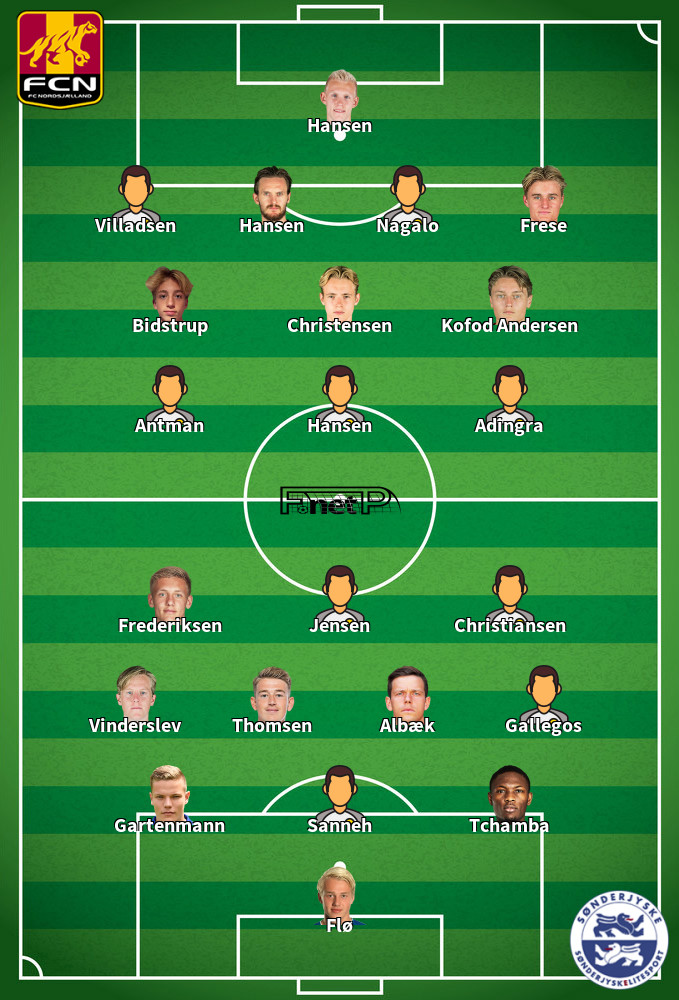 Customarily deployed in the Striker position, Peter Buch Christiansen was born in Denmark. Having played his first senior match for SønderjyskE in the 2018 - 2019 season, the gifted Forward has managed 2 league goals in the Superliga 2021 - 2022 campaign so far from a total of 11 appearances.

While we have made these predictions for SønderjyskE v FC Nordsjælland for this match preview with the best of intentions, no profits are guaranteed. Always gamble responsibly, and with what you can afford to lose.