Our predictions, user poll and statistics for Kashiwa Reysol v FC Tokyo can be found here - along with the latest match odds.

Kashiwa Reysol will be looking for a repeat result of the 4-2 J1 League victory vs Consadole Sapporo.

Fixtures with Kashiwa Reysol have tended to be entertaining ones of late with a lot of goalmouth action expected. Over their past 6 games, the sum of 33 goals have flown in for both sides combined (at an average of 5.5 goals per game) with 28 of these being chalked up by Reysol.

FC Tokyo will go into the encounter following on from a 1-3 J1 League win as they beat Shimizu S-Pulse in their last outing.

The stats tell the story, and FC Tokyo have been scored against in 5 of their last 6 matches, conceding 7 goals overall. Defensively, FC Tokyo just haven’t been too solid at all. However, it remains to be seen if the trend shall be maintained in this next game or not.

Checking on their prior head-to-head meetings dating back to 10/04/2016 tells us that Kashiwa Reysol have won 5 of them & FC Tokyo 1, with the number of draws being 0.

A total of 12 goals were yielded between them throughout the course of those matches, with 9 of them from Reysol and 3 belonging to FC Tokyo. That’s an average goals per game figure of 2.

The previous league fixture featuring these sides was J1 League match day 22 on 15/08/2018 when it finished FC Tokyo 0-1 Kashiwa Reysol.

The referee was Minoru Tojo.

Kashiwa Reysol boss Nélsinho Baptista will be happy not to have any fitness concerns at all before this clash with a completely healthy group available to choose from.

Owing to a completely healthy group to pick from, FC Tokyo manager Kenta Hasegawa doesn’t have any fitness concerns to speak of before this game.

We believe that FC Tokyo and Kashiwa Reysol are probably both going to find scoring goals difficult here.

Little in this one, and it’s almost too close to call. We’re therefore expecting a very even match with a 0-0 scoreline at full-time.

Over/Under 2.5 Goals Prediction for Kashiwa Reysol vs FC Tokyo
Under 2.5 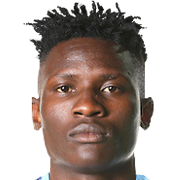 Generally playing in the Striker position, Michael Olunga was born in Kenya. After having played his first senior match for Djurgårdens IF in the 2016 season, the accomplished Forward has bagged 2 league goals in this J1 League 2020 season to date from a total of 1 appearances.

While we have made these predictions for Kashiwa Reysol v FC Tokyo for this match preview with the best of intentions, no profits are guaranteed. Always gamble responsibly, and with what you can afford to lose. Best of luck with your selections.