Heracles Almelo will be visiting Stadion Galgenwaard on Sunday for the Eredivisie game with hosts FC Utrecht.

Full predictions, pre-match stats and user poll for FC Utrecht v Heracles Almelo are shown on this page - plus the latest betting odds.

FC Utrecht will be wanting a better result here following the 2-1 Eredivisie defeat in their last game at the hands of SC Cambuur.

In that match, FC Utrecht had 48% possession and 15 attempts on goal with 5 on target. The only player on the scoresheet for FC Utrecht was Moussa Sylla (32'). SC Cambuur got 10 attempts at goal with 4 on target. Roberts Uldriķis (21') and Jamie Jacobs (54') scored for SC Cambuur.

Matches featuring FC Utrecht have often been absorbing ones lately with high scoring being the norm. Over their past six clashes alone, the sum of 26 goals have been recorded for both teams combined (at an average of 4.33 goals per game) with 15 of these coming from FC Utrecht.

Heading into this fixture, FC Utrecht are undefeated in their previous 8 league matches at home. A very good run at home.

Heracles Almelo will go into the encounter following on from a 3-1 Eredivisie win against Fortuna Sittard in their most recent fixture.

The stats don’t lie, and Heracles Almelo have been scored against in 5 of their last 6 matches, conceding 8 goals overall. At the back, Heracles Almelo can certainly do much better. We will just have to find out if that trend will be sustained in this game.

Leading up to this clash, Heracles Almelo:

A look at their prior head to head clashes going back to 02/03/2019 tells us that FC Utrecht have won 5 of these games & Heracles Almelo 1, with the tally of drawn results being 0.

The last league game featuring the two was Eredivisie match day 17 on 16/01/2021 and the score finished FC Utrecht 2-0 Heracles Almelo.

The FC Utrecht manager René Hake will be thankful to have no fitness worries whatsoever coming into this clash with a completely injury-free squad ready to go.

Thanks to a completely injury-free squad available to select from, the Heracles Almelo manager Frank Wormuth has no fitness concerns at all ahead of this game.

When taking all factors into account, FC Utrecht should really get the goals that they need when they line up against Heracles Almelo, who might well find it difficult scoring a goal of their own.

We can therefore see a 2-0 victory for FC Utrecht by the time that the referee blows the final whistle. 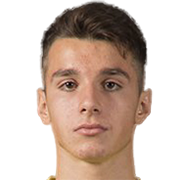 Regularly playing in the Striker position, Anastasios Douvikas was born in Greece. Having played his first senior match for Asteras Tripolis in the 2017 - 2018 season, the accomplished Forward has contributed 4 league goals in the Eredivisie 2021 - 2022 campaign to date coming from a total of 13 appearances.

We have made these FC Utrecht v Heracles Almelo predictions for this match preview with the best intentions, but no profits are guaranteed. Please always gamble responsibly, only with money that you can afford to lose. Best of luck.