Our tips, poll and stats for Sturm Graz v Wacker Innsbruck can all be found here - plus the latest betting odds.

Sturm Graz will be hoping for a repeat of their last result, following the 1-3 Bundesliga success against Red Bull Salzburg.

Christian Ilzer's Sturm Graz have hit the back of the net 12 times over their past six outings. The corresponding tally of goals that have been scored against them in that same time amounts to 5.

In their previous game, Wacker Innsbruck drew 1-1 in the 2. Liga match with Austria Klagenfurt.

The only name on the scoresheet from FC Wacker Innsbruck was Ronivaldo (53'). Benjamin Hadžić (72') was the scorer for Austria Klagenfurt.

Daniel Bierofka's FC Wacker Innsbruck have slotted home a total of 9 times throughout their previous six matches. The aggregate of goals that have been scored against them during that period comes to 7.

A quick look at past results between these clubs going back to 21/07/2013 reveals that these fixtures have been miserable for Wacker Innsbruck. They’ve not been able to get any victories at all while Sturm Graz have been dominant against them, finishing as winners in 67 per cent of those ties.

17 goals were scored between the two sides throughout the course of those matches, with 11 from die Schwoazn and 6 for Wacker. That’s an average goals per game of 2.83.

The last league fixture between the two was Bundesliga match day 13 on 03/11/2018 which ended up with the score at Sturm Graz 1-1 FC Wacker Innsbruck.

The referee was Dominik Ouschan.

Sturm Graz have it within them to score a couple of goals when they come up against Wacker Innsbruck, who could well struggle getting on the scoresheet. 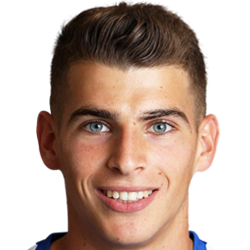 Usually used in the Central Defensive Midfielder position, Ivan Ljubić was born in Austria. Having played his first senior match for SV Horn in the 2016 - 2017 season, the gifted Midfielder has managed 4 league goals in this Bundesliga 2020 - 2021 campaign so far coming from a total of 7 appearances.

While we have made these predictions for Sturm Graz v Wacker Innsbruck for this match preview with the best of intentions, no profits are guaranteed. Always gamble responsibly, and with what you can afford to lose. Good luck with your selections.