Scroll down to see all of the predictions, poll and statistics for Rosenborg BK v FH - as well as up-to-date odds.

Rosenborg BK will be looking for another win after a 0-2 Conference League Qualifiers triumph over FH.

Over their preceding six games, Åge Hareide's Rosenborg BK have found the net a combined total of 8 times - an average number of goals scored per match equal to 1.33.

FH will go into the match after a 0-3 Úrvalsdeild win to beat ÍA in their last match.

A tendency of at least one team not scoring a goal in games featuring FH has been apparent of late. A glance at their last 6 outings shows that it has happened 5 times. In those clashes, opposing sides have hit a goal tally of 5 while FH-ingar have scored 7. We will just have to see whether or not that trend can be continued on into this next match.

Availability isn’t a big problem, with just the lone fitness concern for the Rosenborg BK manager Åge Hareide to contend with from a near full-strength group of players. Per Ciljan Skjelbred (Muscle Injury) misses out.

With a completely injury-free group available for selection, the FH manager Ólafur Jóhannesson doesn’t have any fitness concerns to report coming into this match.

Our thinking is that FH should have enough to breach the defence of this Rosenborg BK team, but that probably shouldn’t be as many as they’ll concede.

We’re tipping a tight encounter finishing with a 2-1 winning margin for Rosenborg BK at the end of this one. There looks to be little in this one. 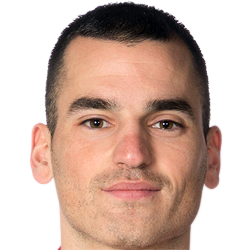 Mostly taking up the Striker position, Dino Islamović was born in Hudiksvall, Sweden. After having made a senior debut playing for FC Groningen in the 2014 - 2015 season, the goalscoring Forward has managed 3 league goals in the Eliteserien 2021 campaign so far coming from a total of 11 appearances.

We have made these Rosenborg BK v FH predictions for this match preview with the best intentions, but no profits are guaranteed. Please always gamble responsibly, only with money that you can afford to lose. Good luck with your selections.