The Udinese v Fiorentina live stream video is set for broadcast on 25/02/2021. Supporters of the teams can watch the fixture on a live streaming service should the game be featured in the schedule referenced above. Here we show useful information for watching this Serie A game that includes the most recent guide to form, h2h meetings and our match tips.

To watch this game using other ways, search for TV channel schedules for your local region. These broadcasting rights are typically allocated on a per-competition/league or even per-game arrangement basis. For games shown live on regional television programmes, check the listings on the likes of BT Sport, Amazon Prime Video, Sky Sports, Now TV, iTV, Canal+, Fox Soccer, ESPN depending on your location.

When the abovementioned broadcaster indicates that they have the Udinese v Fiorentina soccer live streaming coverage, you can view it on mobile devices (iPhone, Android including Xiaomi) and computer or even tablet (eg iPad, Alba).

After the match finishes, we might also link to match highlights from time to time. We aren’t responsible for transmitting any game video content linked to from here. All legal issues must be directed to the hosters/owners of such content.

Fiorentina arrive at Dacia Arena on Sunday for the Serie A meeting with hosts Udinese.

Our Udinese v Fiorentina predictions, statistics and match poll can be seen below (including the best match odds).

Udinese prepare for this fixture following on from a 2-2 Serie A drawn match vs Parma.

In that match, Udinese managed 54% possession and 14 attempts at goal with 3 of them on target. For Udinese, the goals were scored by Stefano Okaka (64') and Bram Nuytinck (80'). For their opponents, Parma had 16 shots at goal with 5 on target. Andreas Cornelius (3') and Juraj Kucka (32') scored for Parma.

Over their prior six games, Luca Gotti's Udinese have hit the back of the net a combined total of 6 times resulting in an average number of goals per match equal to 1.

Analysis of their past results shows that Udinese:

Fiorentina will go into this match following a 3-0 Serie A win to defeat Spezia in their most recent game.

In that match, Fiorentina managed 37% possession and 10 shots on goal with 5 on target. For Fiorentina, the goals were scored by Dušan Vlahović (48'), Gaetano Castrovilli (64') and Valentin Eysseric (82'). At the other end, Spezia had 10 shots at goal with 2 on target.

Looking at their form, and Fiorentina have been scored against in 5 of their last 6 games, with opponents netting 12 goals in all. Defensively, La Viola seem to have a bit of a soft underbelly.

Their prior results show that Fiorentina:

Delving into their past head to head results going back to 02/09/2018 reveals that these encounters have been pretty painful for Udinese. They’ve not managed to register any victories at all whereas Fiorentina have been superior, running out winners in 67 per cent of those games played.

In all, 10 goals were produced between them during those clashes, with 3 for Bianconeri Friuliani and 7 belonging to La Viola. That’s an average goals per game figure of 1.67.

Fernando Forestieri (Muscular problems), Mato Jajalo (Cruciate Ligament Rupture), Martin Palumbo (Unknown Injury), Gerard Deulofeu (Knee Problems) and Ignacio Pussetto (Cruciate Ligament Injury) will not be taking part for Udinese gaffer Luca Gotti. The players who will not be able to play in this game through being suspended are Sebastian Prödl and Ewandro Costa.

Fiorentina boss Cesare Prandelli has a number of players out of action. Franck Ribéry (Muscular problems) and Giacomo Bonaventura (Unknown Injury) will miss out on this game.

We’re inclined to think that Fiorentina will likely be able to score against this Udinese outfit, however that isn’t expected to be as many as they will have scored against them.

We can see a very close game with a 2-1 winning score for Udinese by the time that the referee blows the final whistle. We are expecting it to be pretty even. 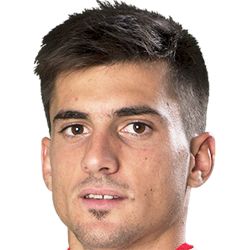 Normally deployed in the Right Wing position, Ignacio Pussetto was born in Argentina. After having made a senior debut playing for Atlético de Rafaela in the 2013 - 2014 season, the dangerous Forward has bagged 3 league goals in the Serie A 2020 - 2021 campaign to date in a total of 11 appearances.

We have made these Udinese v Fiorentina predictions for this match preview with the best intentions, but no profits are guaranteed. Please always gamble responsibly, only with money that you can afford to lose. Best of luck.

⚽️ Where can I get the predictions for other Serie A matches?

View all of our upcoming (and previous) Serie A predictions & previews here.