The League One tie at Kassam Stadium on Tuesday will see home team Oxford United prepare for the visit of Fleetwood Town.

Scroll down for all of our predictions, poll and stats for the Oxford United v Fleetwood Town game including the latest game odds.

Oxford United go into this game coming off the back of a 0-0 League One draw against Ipswich Town.

In their last 6 games, Karl Robinson's Oxford United have managed to score a total of 12 times which gives them an average number of goals scored per match equal to 2.

Heading into this fixture, Oxford United are undefeated in their previous 2 home league matches.

Following on from tasting defeat last time out to Morecambe in League One competition, Fleetwood Town and their fans will hope to get a better result this time.

The only scorer from Fleetwood Town was Callum Johnson (82'). Callum Jones (11') and Cole Stockton (94') scored for Morecambe.

Fleetwood Town have been effective going forward leading up to this encounter, having scored 8 goals in their last 6 matches. While their manager Simon Grayson will no doubt take that as a positive sign, Fleetwood Town have been somewhat leaky at the back, having also been scored against in 6 of those same matches. That pattern might not be carried forward into this match, though.

A glance at their prior head to head clashes going back to 10/04/2018 tells us that Oxford United have won 1 of them and Fleetwood Town 4, with the tally of drawn games standing at 1.

A sum of 13 goals were produced between them in this period, with 4 for The U's and 9 belonging to The Fishermen. That is an average goals per game value of 2.17.

The last league match between the two was League One match day 27 on 30/01/2021 and the score finished Oxford United 1-0 Fleetwood Town.

The Oxford United boss Karl Robinson has zero fitness concerns at all before this game owing to a completely healthy squad to pick from.

Owing to a completely injury-free squad to pick from, the Fleetwood Town manager Simon Grayson has zero fitness worries to speak of ahead of this game.

In this game, Oxford United will likely get the win and a possible clean sheet against Fleetwood Town, who will not find it easy to score.

Therefore, we are anticipating a controlled 2-0 win for Oxford United come full-time. 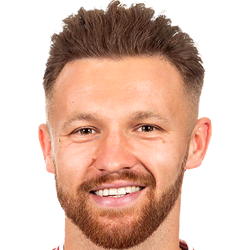 Normally playing in the Striker position, Matty Taylor was born in Oxford, England. Having played his first senior match for Forest Green Rovers in the 2011 - 2012 season, the dangerous Forward has managed 6 league goals in the League One 2021 - 2022 campaign to date in 16 appearances.

While we have made these predictions for Oxford United v Fleetwood Town for this match preview with the best of intentions, no profits are guaranteed. Always gamble responsibly, and with what you can afford to lose. Good luck if you do place a bet today.