Internacional will arrive at Estádio Governador Plácido Castelo on Sunday for the Serie A tie with home side Fortaleza.

Our Fortaleza v Internacional tips, poll and stats can be seen in full below - along with the latest match odds.

Fortaleza, buoyed by their previous result, will be hoping for more of the same after the 0-1 Serie A victory against Cuiabá.

Their more recent scorelines shine a light on the fact that much solidity has been shown by the Fortaleza defence. Fortaleza have been stingy, resulting in the tally of goals that have gone in at their end over the course of their last 6 matches standing at 4.

Their prior results show that Fortaleza:

Previously, Internacional drew 0-0 in the Copa Sudamericana tie with Melgar.

Mano Menezes's Internacional have fired home 8 times in the course of their latest sextet of matches. The aggregate of goals that they have conceded during those matches adds up to 5.

Looking at their past form shows that Internacional:

Looking over their past head to head meetings going back to 24/11/2019 tells us that Fortaleza have won 2 of these games and Internacional 3, with the tally of draws standing at 1.

A combined total of 21 goals were shared by the two clubs during those clashes, with 11 of them from Fortaleza and 10 coming from Colorado. This gives an average number of goals per game equal to 3.5.

The previous league match featuring these clubs was Serie A match day 2 on 17/04/2022 when the final score was Internacional 2-1 Fortaleza.

That day, Internacional managed 51% possession and 18 attempts at goal with 5 of them on target. The scorers were Andrés D'Alessandro (45') and Alexandre Alemão (90').

On the other side, Fortaleza got 7 attempts at goal with 3 of them on target. Yago Pikachu (45') scored.

The Fortaleza manager Juan Vojvoda will be grateful not to have any fitness worries whatsoever coming into this clash owing to a fully injury-free group to pick from.

Due to a completely healthy group to pick from, the Internacional manager Mano Menezes has no fitness concerns to speak of before this game.

We think that Internacional will really need to work well to breach the defence of this Fortaleza side who should score at least once to put them ahead.

We’re therefore tipping a very even match with a 1-0 winning score for Fortaleza at the end of the 90. 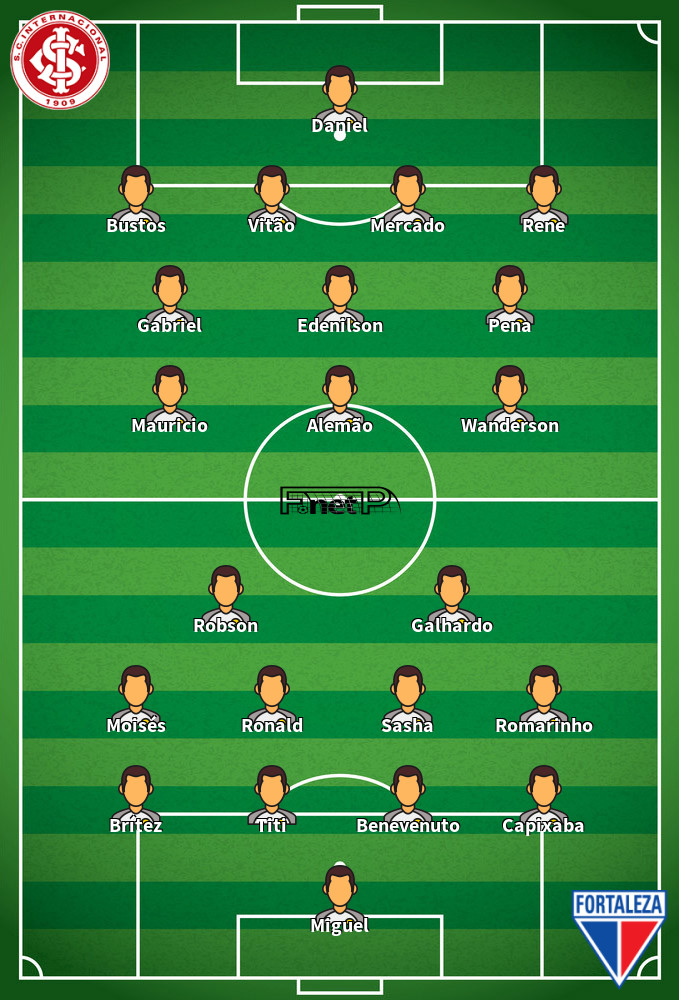 Typically played in the Left Wing position, Moisés was born in Morro da Fumaça, Brazil. Having made a first senior appearance for Fortaleza in the 2022 season, the accomplished Forward has scored a sum of 3 league goals in this Série A 2022 season to date coming from a total of 20 appearances.

While we have made these predictions for Fortaleza v Internacional for this match preview with the best of intentions, no profits are guaranteed. Always gamble responsibly, and with what you can afford to lose. We wish you the best of luck.