The Eredivisie match at Abe Lenstra Stadion on Saturday will see hosts SC Heerenveen up against Fortuna Sittard.

All SC Heerenveen v Fortuna Sittard game predictions, stats and user poll are shown below - as well as the best betting odds.

SC Heerenveen go into this game coming off the back of a 1-1 Eredivisie tied result versus FC Groningen.

SC Heerenveen have not been the best at stopping their opponents recently, although they have also done enough to score goals themselves. Analysis of their previous 6 games shows that SC Heerenveen have been punished defensively in 5 of them in addition to getting on the scoresheet in 6 of those games.

Following on from a losing effort in their last game against Sparta Rotterdam in Eredivisie competition, Fortuna Sittard and their travelling supporters will be hoping that they can get a better result in this one.

Fortuna Sittard have had no problems opening up opposition defences in their most recent fixtures, scoring 9 goals in their last 6 matches. Having said that, Fortuna Sittard can also improve defensively after being scored against in 6 of those same outings. Let’s find out whether or not that trend can be sustained in this game.

Looking at their past form shows that Fortuna Sittard:

Checking on their prior head to head meetings dating back to 01/12/2018 tells us that SC Heerenveen have won 3 of them & Fortuna Sittard 2, with the number of draws standing at 1.

The last league game featuring these clubs was Eredivisie match day 15 on 10/01/2021 when the final score was SC Heerenveen 1-3 Fortuna Sittard.

We’re of the view that SC Heerenveen will most probably create the chances to score more than once when they meet Fortuna Sittard, who may well find it hard to break down their defence.

We’re therefore anticipating a controlled 2-0 victory for SC Heerenveen by the time that the referee blows the final whistle. 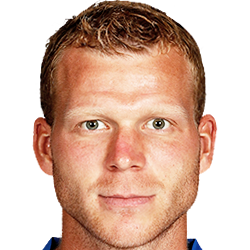 Usually taking to the field in the Striker position, Henk Veerman was born in Purmerend, Netherlands. Having made a first senior appearance for FC Volendam in the 2013 - 2014 season, the accomplished Forward has netted 3 league goals in the Eredivisie 2021 - 2022 season to date coming from a total of 4 appearances.

While we have made these predictions for SC Heerenveen v Fortuna Sittard for this match preview with the best of intentions, no profits are guaranteed. Always gamble responsibly, and with what you can afford to lose. Best of luck.