To see all of our predictions, user poll & stats for Fortuna Sittard v Sparta Rotterdam, scroll down (plus the best game odds).

Fortuna Sittard, who won their previous game, will hope for a similar result following the 1-3 Eredivisie success versus SC Heerenveen.

It’s been all too rare in recent times where Fortuna Sittard have managed to hold out for a full 90 minutes. The reality is that Sittard have failed to prevent opponents from scoring in 6 of their previous 6 games, letting in 8 goals on the way. We will just have to find out if that trend can be continued on into this next match.

After being beaten in their last game against Feyenoord in Eredivisie competition, Sparta Rotterdam will be aiming to make amends here.

Looking at their form, and Sparta Rotterdam have been scored against in 5 of their last 6 matches, letting opponents get 8 goals overall. In defence, Kasteelheren just haven’t been too solid at all.

A look at their prior head to head meetings going back to 01/12/2014 shows that Fortuna Sittard have won 0 of them & Sparta Rotterdam 2, with the number of drawn games being 4.

A combined sum of 12 goals were produced between them in this period, with 3 of them for Sittard and 9 netted by Kasteelheren. That’s an average goals per game of 2.

The previous league clash featuring these clubs was Eredivisie match day 20 on 25/01/2020 which ended up with the score at Sparta Rotterdam 1-1 Fortuna Sittard.

Fortuna Sittard boss Sjors Ultee will be happy not to have any fitness worries whatsoever coming into this match owing to a fully injury-free squad available to select from.

We’re thinking that Fortuna Sittard will need things to go their way to put one past this Sparta Rotterdam team who we think will score at least once to put them ahead. 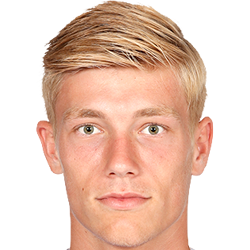 Regularly taking to the field in the Central Attacking Midfielder position, Zian Flemming was born in Amsterdam, Netherlands. After having made a senior debut playing for Jong Ajax in the 2017 - 2018 season, the goalscoring Midfielder has managed 4 league goals in this Eredivisie 2020 - 2021 season to date from a total of 13 appearances.

While we have made these predictions for Fortuna Sittard v Sparta Rotterdam for this match preview with the best of intentions, no profits are guaranteed. Always gamble responsibly, and with what you can afford to lose. We wish you the best of luck.