Return to this page a few days before the scheduled game when this expired prediction will be updated with our full preview and tips for the next match between these teams.
Full-Time Result Prediction for Frosinone vs Perugia
Frosinone to Win
The Serie B match at Stadio Benito Stirpe on Sunday sees home side Frosinone go into battle with Perugia.

In this match, Frosinone are likely to get a lot of shots on goal and make them count. At the other end, Perugia might well find it a difficult task to score but we do think it’s quite likely that they will be seeing enough of the ball to score, too. Therefore, we are anticipating a controlled 3-1 win for Frosinone come full-time. All of our predictions, stats and the user poll for Frosinone v Perugia are shown below - plus the latest betting odds.

Analysis of their past results shows that Frosinone: 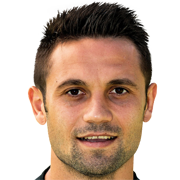 Customarily played in the Right Wing position, Camillo Ciano was born in Marcianise, Italy. Having made a first senior appearance for Crotone in the 2011 - 2012 season, the accomplished Forward has got 7 league goals in the Serie B 2019 - 2020 campaign so far in a total of 20 appearances.

We have made these Frosinone v Perugia predictions for this match preview with the best intentions, but no profits are guaranteed. Please always gamble responsibly, only with money that you can afford to lose.