Genk will take to the pitch with guests Seraing at Cegeka Arena in this First Division A match on Sunday.

To see all of our predictions, user poll & stats for KRC Genk v Seraing, scroll down including the latest game odds.

Genk will be looking for another win after a 2-3 First Division A success over KVC Westerlo.

In that match, KRC Genk managed 40% possession and 8 shots on goal with 3 on target. For KRC Genk, the goalscorers were Aziz Ouattara (7'), Joseph Paintsil (24') and Daniel Muñoz (64'). For their opponents, Westerlo had 14 shots at goal with 5 of them on target. Maxim De Cuyper (53') and Thomas Van den Keybus (55') scored for KVC Westerlo.

In their past six fixtures, Wouter Vrancken's KRC Genk have managed to score 8 times which gives them an average number of goals scored per match equal to 1.33.

After being beaten in their last game against RSC Anderlecht in First Division A competition, Seraing will be aiming to make amends here.

Looking at their form, and Seraing have been scored against in 6 of their last 6 matches, letting opponents get 8 goals overall. At the back, Seraing could really do with shoring things up. While that may be of interest, we must now wait to see if that pattern will be maintained in this next game or not.

The previous league encounter featuring these sides was First Division A match day 6 on 27/08/2022 when it ended Seraing 0-4 KRC Genk.

That day, Seraing managed 41% possession and 10 attempts on goal with 3 on target. The scorer was Christophe Lepoint (68' Own goal).

The referee was Jan Boterberg.

Seraing manager Jean-Sébastien Legros has not got a full squad to pick from. Marius (Ankle Injury), Timothy Galjé (Unknown Injury), Abou Ba (Muscle Injury) and Gérald Kilota (Bruised Knee) will miss out on this game. Sami Lahssaini will not be able to play in this game through being suspended.

It looks to us that KRC Genk have it within them to be able to create a good number of chances & successful shots on target.

Conversely, Seraing will not find it easy getting goals although we do think it’s probable that they will be scoring here as well.

Accordingly, we see a fairly comfortable 3-1 winning margin for KRC Genk when all’s said and done. 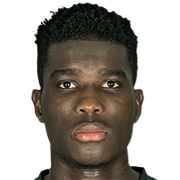 Mostly played in the Striker position, Paul Onuachu was born in Owerri, Nigeria. After having played his first senior match for FC Midtjylland in the 2013 - 2014 season, the dangerous Forward has scored 14 league goals in this Pro League 2022 - 2023 campaign so far from a total of 18 appearances.

While we have made these predictions for KRC Genk v Seraing for this match preview with the best of intentions, no profits are guaranteed. Always gamble responsibly, and with what you can afford to lose. Good luck with your selections.