The La Liga clash at The Estadio Coliseum Alfonso Pérez on Saturday will see home team Getafe ready themselves for the visit of Real Betis.

All Getafe v Real Betis match predictions, user poll and stats are shown below - as well as up-to-date odds.

Getafe will be hoping to bounce back here after a 1-0 La Liga loss in their previous game against Barcelona.

In their last 6 games, Quique Sánchez Flores's Getafe have scored 8 times which gives them an average number of goals per match of 1.33.

Ahead of this clash, Getafe have not registered a win against Real Betis in their previous 3 league matches.

Since being beaten in their last game against Espanyol in La Liga competition, Real Betis will be hoping to turn things around here.

The numbers tell their own story, and Real Betis have been scored against in 5 of their last 6 games, seeing opposing sides hit 7 goals in total. Defensively, Real Betis have seen their frailties exposed. We will just have to see whether or not that trend will be continued on in this game.

Heading into this contest, Real Betis haven't beaten Getafe when having played them away from home in the previous 4 league games. They really have not been travelling well at all.

Checking out their prior head to head meetings stretching back to 15/09/2019, there is nothing to separate the two clubs with Getafe winning 2 of those games, Real Betis 2 and 2 being draws in regulation time.

A sum of 9 goals were produced between them throughout the course of those matches, with 5 of them for Azulones and 4 created by Béticos. The average goals per game has been 1.5.

On that occasion, Getafe had 35% possession and 13 attempts on goal with 2 on target.

Real Betis had 9 attempts on goal with 4 of them on target.

It doesn’t get much better regarding selection, with just one fitness concern for the Getafe manager Quique Sánchez Flores to be concerned about from an otherwise complete group. Mauro Arambarri (Ankle Injury) is out of contention.

Thanks to a mainly available group of players, there is only a single fitness problem for the Real Betis manager Manuel Pellegrini to contend with. Nabil Fekir (Muscle Injury) misses out for this game.

It seems to us that Real Betis and Getafe should both be able to score here although it’s hard to pick a clear winner.

It appears that a draw might be on the cards. Therefore, we predict a close game with a score draw at the conclusion of the game. 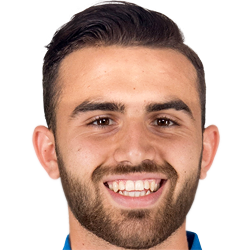 Normally deployed in the Striker position, Borja Mayoral was born in Madrid, Spain. Having played his first senior match for Real Madrid in the 2015 - 2016 season, the skilful Forward has contributed 4 league goals in the LaLiga 2022 - 2023 season to date in 18 appearances.

We have made these Getafe v Real Betis predictions for this match preview with the best intentions, but no profits are guaranteed. Please always gamble responsibly, only with money that you can afford to lose. Best of luck with your selections.