RKC Waalwijk will take to the pitch with the visiting Go Ahead Eagles at Mandemakers Stadion in the Eredivisie game on Wednesday.

Our RKC Waalwijk v Go Ahead Eagles predictions, statistics and match poll can be seen below - as well as up-to-date odds.

RKC Waalwijk will be looking for a repeat result of the 2-0 Eredivisie triumph over FC Emmen.

For RKC Waalwijk, the goalscorers were Michiel Kramer (3') and Julian Lelieveld (28').

In their past six games, Joseph Oosting's RKC Waalwijk have hit the target 7 times which gives them an average number of goals scored per match equal to 1.17.

A look at their previous results shows us that RKC Waalwijk:

Following on from a loss in their previous game against PSV Eindhoven in Eredivisie competition, Go Ahead Eagles will be hoping to turn things around here.

René Hake's Go Ahead Eagles have fired home 8 times in the course of their most recent 6 matches. The overall goals that they have conceded during that period comes to 10.

Looking at their prior head-to-head meetings stretching back to 21/12/2018 shows us that RKC Waalwijk have won 3 of them & Go Ahead Eagles 1, with the tally of draws being 2.

The previous league meeting between the two was Eredivisie match day 19 on 15/01/2022 which finished with the scoreline of Go Ahead Eagles 0-2 RKC Waalwijk.

In that game, Go Ahead Eagles had 60% possession and 9 attempts at goal with 4 of them on target.

For their opponents, RKC Waalwijk had 10 attempts at goal with 3 on target. Finn Stokkers (21') and Michiel Kramer (34') scored.

Go Ahead Eagles boss René Hake has to choose a team with limited availability. Philippe Rommens (Collarbone fracture) and Bas Kuipers (Elbow Injury) are not able to play.

We’re thinking that Go Ahead Eagles and RKC Waalwijk may well end up cancelling each other out here.

Let’s see how this one goes, but it looks this could be a draw. We’re therefore expecting a tight encounter, finishing with a 1-1 score draw at the end of the match. 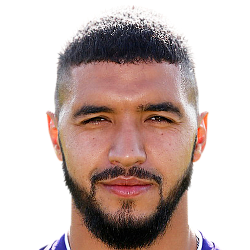 Normally used in the Left Wing position, Zakaria Bakkali was born in Liège, Belgium. Having played his first senior match for PSV Eindhoven in the 2013 - 2014 season, the gifted Forward has contributed 3 league goals in this Eredivisie 2022 - 2023 season so far coming from a total of 10 appearances.

While we have made these predictions for RKC Waalwijk v Go Ahead Eagles for this match preview with the best of intentions, no profits are guaranteed. Always gamble responsibly, and with what you can afford to lose. Good luck if you do place a bet today.