For all of our match predictions, pre-game poll and statistics for SC Heerenveen v Go Ahead Eagles, scroll down - along with the latest match odds.

SC Heerenveen will be hoping to bounce back here following a 2-0 Eredivisie losing effort in their last game against FC Twente.

An interesting theme in recent SC Heerenveen games is the number of nil scores.

Taking their previous 6 matches leading up to this one, in 5 of them a wager on BTTS would have been a loser.

Since suffering a loss in their previous game against RKC Waalwijk in Eredivisie action, Go Ahead Eagles will be aiming to make amends here.

In that match, Go Ahead Eagles managed 60% possession and 9 shots at goal with 4 of them on target. RKC Waalwijk had 10 attempts on goal with 3 on target. Finn Stokkers (21') and Michiel Kramer (34') scored for RKC Waalwijk.

The strike force from Go Ahead Eagles have failed to get amongst the goals over their previous six games, netting the poor return of just 3. In those fixtures, Trots aan de IJssel have also seen the collective goal tally of their opponents equal 8. Such a trend might not be carried forward here, however.

Looking at their most recent head to head meetings going back to 12/04/2014 tells us that SC Heerenveen have won 3 of these games & Go Ahead Eagles 0, with the tally of drawn matches standing at 3.

A sum of 17 goals were produced between them during those clashes, with 11 for De Superfriezen and 6 being from Trots aan de IJssel. That’s an average goals per game of 2.83.

The last league meeting between the two was Eredivisie match day 1 on 13/08/2021 and the score finished Go Ahead Eagles 0-1 SC Heerenveen.

On that occasion, Go Ahead Eagles had 48% possession and 11 attempts at goal with 3 of them on target.

On the other side, SC Heerenveen got 19 shots at goal with 5 of them on target. Tibor Halilović (7') was the scorer.

Here is a game where Go Ahead Eagles will need to put in a solid display to register a score against this SC Heerenveen outfit who should do enough to score at the other end and edge ahead.

We’re therefore tipping a very competitive encounter with a 1-0 victory for SC Heerenveen when the full-time whistle blows. 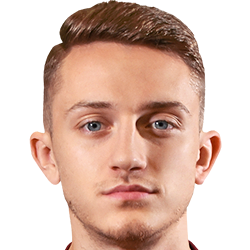 Typically playing in the Centre Midfield position, Tibor Halilović was born in Zagreb, Croatia. Having made a first senior appearance for Lokomotiva Zagreb in the 2016 - 2017 season, the accomplished Midfielder has scored a sum of 3 league goals in the Eredivisie 2021 - 2022 campaign to date in a total of 18 appearances.

While we have made these predictions for SC Heerenveen v Go Ahead Eagles for this match preview with the best of intentions, no profits are guaranteed. Always gamble responsibly, and with what you can afford to lose. Best of luck.