Return to this page a few days before the scheduled game when this expired prediction will be updated with our full preview and tips for the next match between these teams.
ŁKS Łódź will be facing visiting rivals Górnik Zabrze at Stadion Miejski w Łodzi in this Ekstraklasa fixture on Tuesday. Our ŁKS Łódź v Górnik Zabrze predictions, statistics and match poll can be seen below (plus the best game odds).

ŁKS Łódź will be hoping for a better result after a 1-0 Ekstraklasa loss in their previous game against Zagłębie Lubin. Damjan Bohar (45') scored for Zagłębie Lubin.

ŁKS Łódź have really struggled up front of late. Their ‘goals for’ figure stands at just 1 against opposition teams over the course of their previous six matches. In those games, Rycerze Wiosny have also seen the number of goals that have gone against them total 11. It will be interesting to see whether or not that trend will be sustained in this game.

Górnik Zabrze will go into this game following a 3-2 Ekstraklasa win in the defeat of Korona Kielce in their most recent game. For Górnik Zabrze, the goals were scored by Giorgos Giakoumakis (18') and Igor Angulo (90'). Petteri Forsell (59'), Grzegorz Szymusik (79') and Ognjen Gnjatić (86' Own goal) scored for Korona Kielce.

During their six most recent matches, Marcin Brosz's Górnik Zabrze have had reason to celebrate scoring a total of 11 times - earning them the goals per game average of 1.83.

A look at their prior head to head meetings dating back to 25/10/2008 shows us that ŁKS Łódź have won 1 of these & Górnik Zabrze 2, with the number of drawn games standing at 3.

A combined sum of 9 goals were scored between the two sides during those clashes, with 4 of them from Rycerze Wiosny and 5 being from Trójkolorowi. That’s an average goals per game figure of 1.5.

The previous league contest featuring these sides was Ekstraklasa match day 27 on 30/05/2020 which finished with the scoreline of ŁKS Łódź 0-1 Górnik Zabrze. The match was refereed by Bartosz Frankowski.

ŁKS Łódź manager Wojciech Stawowy doesn’t have any fitness concerns to speak of ahead of this game owing to a fully healthy group to pick from.

From a largely available group of players, there’s only a single fitness issue for the Górnik Zabrze boss Marcin Brosz to contend with. Lukasz Wolsztynski (Cruciate Ligament Rupture) won’t be in action.

We believe that ŁKS Łódź will have their work cut out to score goals against this Górnik Zabrze outfit who we think will emerge victorious. We’ve gone for a good tussle with a 0-1 win for Górnik Zabrze when the referee blows for full-time. There should be little in it.

Over/Under 2.5 Goals Prediction for ŁKS Łódź vs Górnik Zabrze
Under 2.5 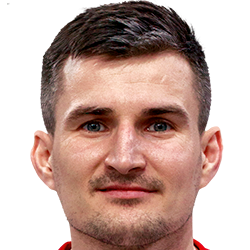 Mostly playing in the Striker position, Rafal Kujawa was born in Poland. After making a first senior appearance for ŁKS Łódź in the 2007 - 2008 season, the skilful Forward has bagged 4 league goals in the Ekstraklasa 2019 - 2020 season to date in a total of 15 appearances.

While we have made these predictions for ŁKS Łódź v Górnik Zabrze for this match preview with the best of intentions, no profits are guaranteed. Always gamble responsibly, and with what you can afford to lose. Best of luck with your selections.