Kayserispor take on visiting team Göztepe at Kadir Has Şehir Stadyumu in this Super Lig game on Monday.

All Kayserispor v Göztepe match predictions, user poll and stats are shown below - as well as up-to-date odds.

Kayserispor enter this game following on from a 2-2 Super Lig tied result versus Fenerbahçe.

In that match, Kayserispor had 30% possession and 8 attempts on goal with 3 of them on target. For Kayserispor, the scorers were Dimitris Kolovetsios (39') and Mario Gavranović (61'). At the other end, Fenerbahçe had 19 shots on goal with 4 on target. Miha Zajc (85') and Mesut Özil (95') scored for Fenerbahçe.

It has been a rare occasion in recent games that Kayserispor haven’t conceded. It will be a concern for them that Kayserispor have been scored against in 6 of their previous 6 clashes, shipping 14 goals on the way. That kind of pattern might not be sustained into this game, though.

Since suffering a loss in their previous game against Konyaspor in Super Lig competition, Göztepe and their fans will hope to get a better result this time.

Coming into this contest, Göztepe haven't been defeated in their previous 2 away league matches.

Looking at the statistics for their head to head meetings stretching back to 15/09/2018, it’s been all-even between these two clubs with Kayserispor winning 2 of those games, Göztepe 2 and 2 being draws in normal time.

A total of 14 goals were produced between them in this period, with 5 of them for Anadolu Yıldızı and 9 being from Göz Göz. The average goals per game has been 2.33.

The last league meeting featuring these clubs was Super Lig match day 32 on 03/04/2021 when it ended Kayserispor 1-1 Göztepe.

That time, Kayserispor had 50% possession and 15 attempts on goal with 6 of them on target. Their only player to score was İlhan Parlak (26').

At the other end, Göztepe got 5 attempts at goal with 2 of them on target. Adis Jahović (48') was the scorer.

The Kayserispor manager Hikmet Karaman has zero fitness worries to speak of before this match owing to a fully healthy group available for selection.

Owing to a fully healthy squad ready to go, the Göztepe manager Nestor El Maestro has no fitness worries to report ahead of this match.

We’re of the view that Göztepe and Kayserispor should both be able to score here although it’s hard to pick a clear winner.

Little in this one, and it’s almost too close to call. With that in mind, we reckon that it will be a hard-fought 1-1 draw when the referee blows the full-time whistle. 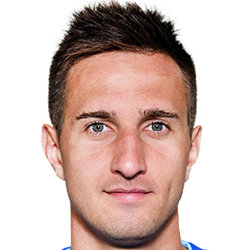 Normally deployed in the Striker position, Mario Gavranović was born in Lugano, Switzerland. Having made his senior debut playing for Neuchatel Xamax FC in the 2009 - 2010 season, the skilful Forward has got 3 league goals in the Süper Lig 2021 - 2022 campaign to date coming from a total of 5 appearances.

While we have made these predictions for Kayserispor v Göztepe for this match preview with the best of intentions, no profits are guaranteed. Always gamble responsibly, and with what you can afford to lose. Best of luck.