EA Guingamp line up against visiting opponents St Etienne at Stade de Roudourou in the Ligue 2 match on Saturday.

Our EA Guingamp v St Etienne predictions, statistics and match poll can be seen below (plus the best game odds).

EA Guingamp enter this match after a 0-0 Ligue 2 stalemate versus St Etienne.

Fixtures with EA Guingamp have often been engaging encounters of late with high scoring expected. Over their past six games alone, the sum total of 21 goals have gone in for both teams combined (at an average of 3.5 goals per game) with 11 of those being chalked up by EA Guingamp. Such a trend isn’t assured to be carried forward into this match, however.

Their prior results show that EA Guingamp:

Showing their bias toward productive encounters, goals have been seen as many as 25 times in the last six matches in which St Etienne have taken to the pitch, making it an average of 4.17 goals each fixture. Their opponents have got 12 of this grand total.

Analysis of their past results shows that St Etienne:

A look at their prior head-to-head meetings stretching back to 11/12/2016 shows us that EA Guingamp have won 1 of these games & St Etienne 5, with the tally of drawn results being 0.

An aggregate of 12 goals were produced between them in this period, with 3 from Guingamp and 9 for Les Verts. That’s an average goals per game of 2.

In that game, EA Guingamp managed 45% possession and 10 shots at goal with 2 of them on target.

St Etienne had 4 attempts at goal with 2 of them on target. Wahbi Khazri (7') scored.

Regarding absentees, there’s just the lone fitness concern for the EA Guingamp gaffer Stéphane Dumont to be concerned with from an otherwise fully-primed squad. Mehdi Merghem (Ruptured ankle ligament) misses out.

With a completely healthy squad available to choose from, the St Etienne manager Laurent Battles does not have any fitness worries to report coming into this game.

We feel that in this game, St Etienne must be fancied to break down this EA Guingamp outfit, but it might not quite be enough to avoid defeat.

We’re predicting a very close game with a 2-1 win for EA Guingamp when all is said and done. Let’s wait and see how it plays out. 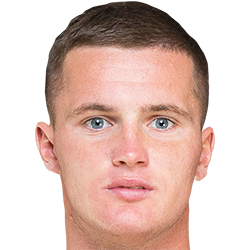 Mostly played in the Right Wing position, Jérémy Livolant was born in Morlaix, France. Having made a first senior appearance for EA Guingamp in the 2015 - 2016 season, the talented Forward has accumulated 5 league goals in this Ligue 2 2022 - 2023 campaign so far in a total of 7 appearances.

We have made these EA Guingamp v St Etienne predictions for this match preview with the best intentions, but no profits are guaranteed. Please always gamble responsibly, only with money that you can afford to lose. We wish you the best of luck.